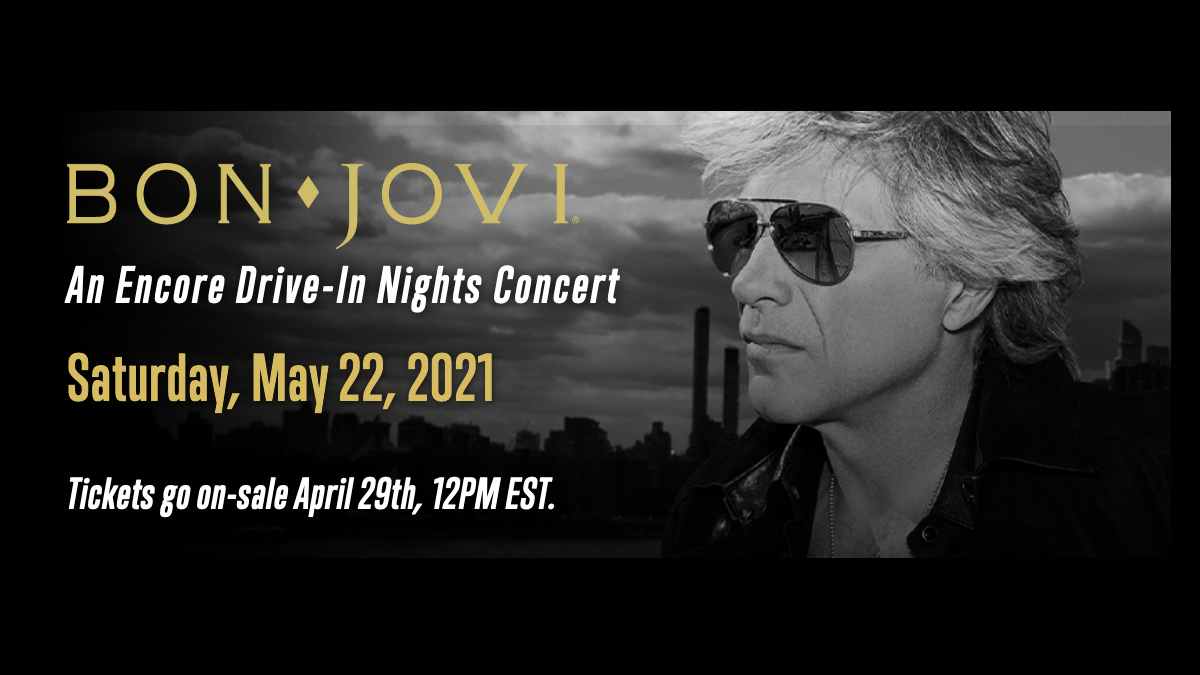 Bon Jovi will be kicking off the Encore Drive-In Nights 2021 concert series with a brand-new show premiering on May 22, 2021. We were sent the following details:

The never-before-seen concert will be broadcast at venues around the world, including approximately 300 drive-in and outdoor theaters across the United States, Canada and Ireland, and select indoor cinemas around the globe.

"Bon Jovi is a global icon and we're so happy that the band will be launching our 2021 concert season!" said Walter Kinzie, CEO at Encore Drive-In Nights. "The pandemic has taught us that there are new avenues for live entertainment and this model is one of the safest and most innovative options for world-class, fun events for the whole family. There are millions of fans who don't usually attend live shows, whether it's because they live far away from the big touring arenas or because of the cost. Artists can now connect with these fans in a completely new way." See the list of venues here.