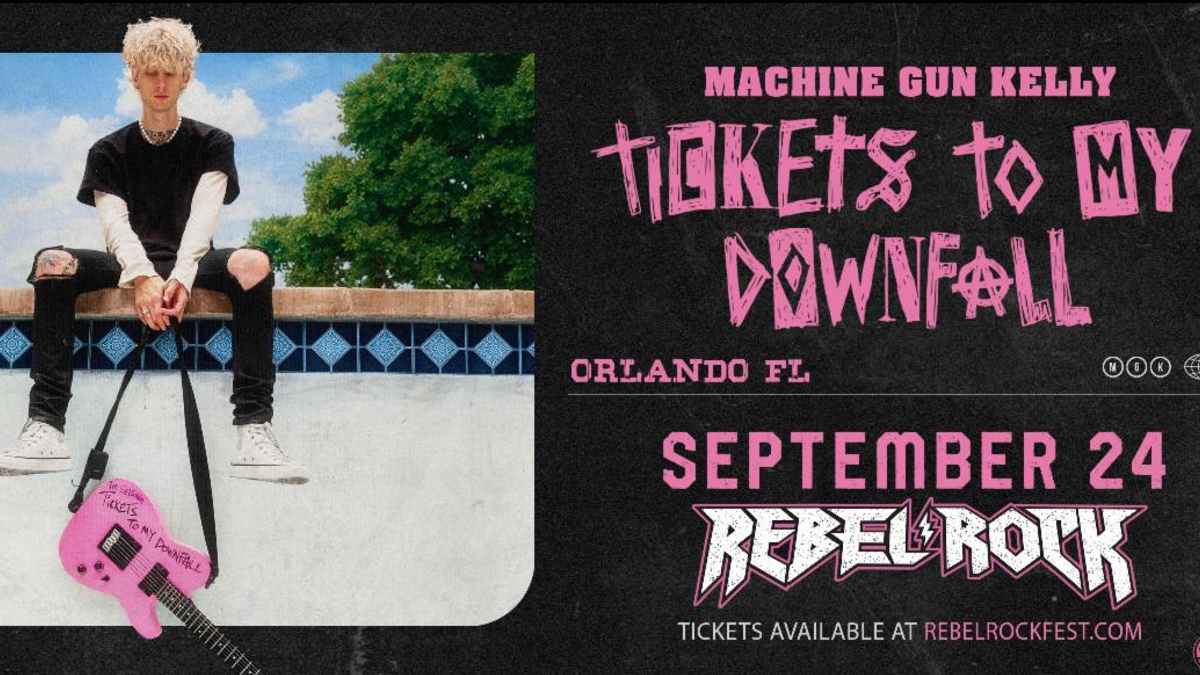 Machine Gun Kelly had been added to the lineup of the Rebel Rock Fest, which will be taking place on September 23rd through 26th at the Orlando Amphitheater and Central Florida Fairgrounds.

He joined the lineup that will include Five Finger Death Punch, Philip H. Anselmo and The Illegals performing A Vulgar Display of Pantera, Limp Bizkit, Rise Against, P.O.D., The Used, Body Count feat. Ice-T, Underoath, Anti-Flag, Fit For A King, Bad Omens, Knocked Loose, and more.

"Where do I even begin, Last year was very trying for all industries, especially for live events, when our job is to promote mass gatherings. Being able to announce festivals and lineups for this year has never felt so good," shares Nick Abate, Co-Producer and President of Stage Left Entertainment. "We are ready to reunite as a community and have Rebel Rock be a successful inaugural event!" See the daily lineups below:

Sunday, September 26 - Rise Against, The Used, Sevendust, Anti-Flag, All That Remains, Emmure, Miss May I, Suicide Silence, Brett Scallions, Fire From the Gods, Spite, Stitched Up Heart, Destrophy, Islander, Dropout Kings, Rising Up Angry, Below 7, Kill the Imposter, Lost In Silence