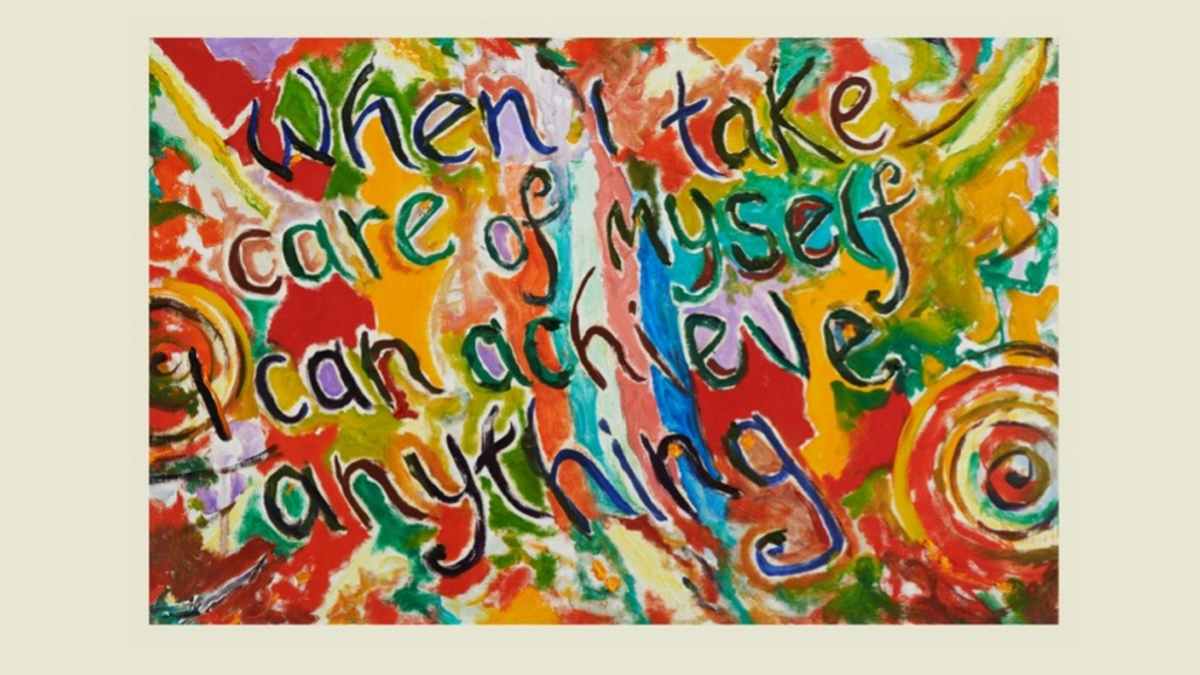 Rolling Stones guitarist Ronnie Wood has announced that he is launching an Affirmation artworks series with the first offering being released this week.

Affirmation I, the first in the series of signed, limited-edition prints is entitled "When I Take Care of Myself I Can Achieve Anything" and it is being released in support of Turn Up For Recovery.

The charity was established to spread awareness of abstinence-based recovery through music founded by Eric Clapton's wife Melia Clapton and they will be receiving 50% of the proceeds from the 500 piece limited edition signed run.

Ronnie had this to say, "Affirmations have become a really valuable part of my recovery and have always really inspired me along the way. I know how hard it must've been for a lot of people who couldn't get to meetings during lockdown and who have had a really challenging time during this past year.

"I know that painting and reading have certainly helped me this past twelve months. I wanted to create this print in support for Turn Up For Recovery to highlight the incredible work they do. It really does make a huge difference to so many lives."

Melia added, "I'm so moved by Ronnie's kindness in bringing awareness to our cause and raising funds to help provide treatment for those in need. A massive Thank you Ronnie for sharing these prints with Turn Up For Recovery and Crossroads Treatment Centre, I'm grateful to you for creating a powerful message with your gift of painting, they will be part of a positive change in many people's lives. It's inspiring to find someone that struggled with addiction who is willing to spreading hope to others still suffering...a true blessing."