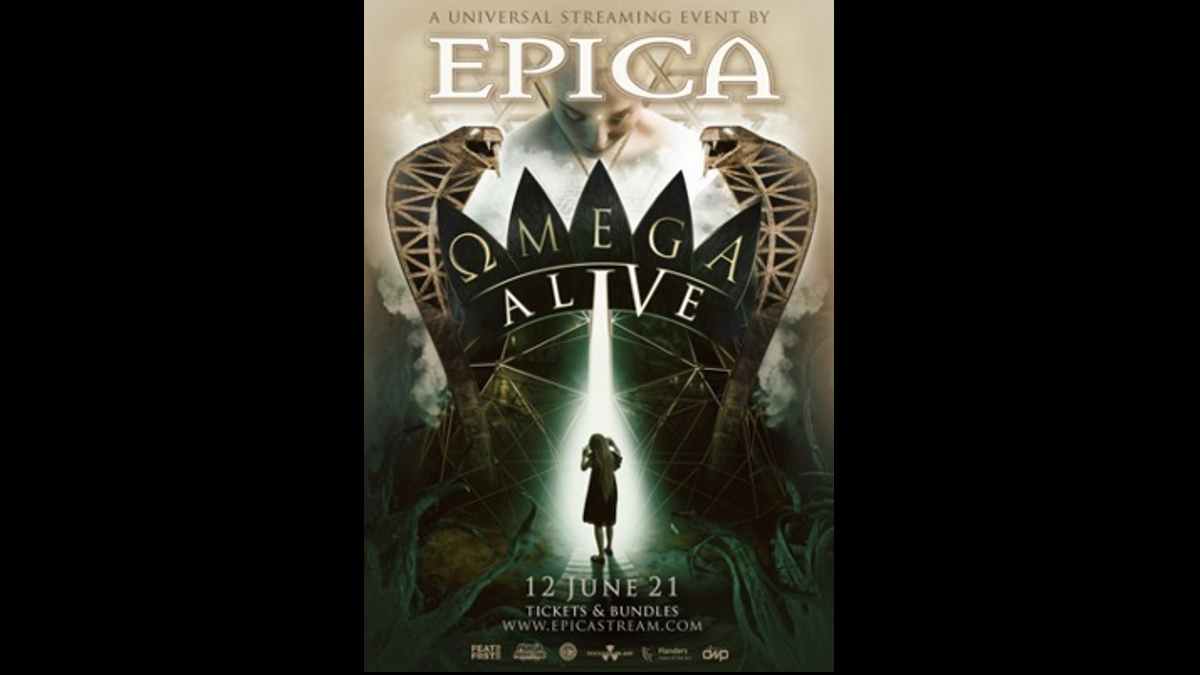 Epica have announced that they will staging their first-ever streaming event titled Omega Alive to celebrate the release of their first new album in five years, "Omega".

Janssen had this to say about the event "After releasing our new album Omega, we found ourselves with great new songs aching to be played live, but without a stage to perform them on.

"We still wanted to give our fans the best possible release show like we always do, so together with Jens de Vos from Panda Productions we came up with a way to bring the Epica experience into the homes of the fans all over the world.

"Omega Alive is Epica's biggest show ever, and I can't be more proud of what it has become! We went all out on everything we have to offer and I can tell you it is one massive audio-visual spectacle! Immerse yourself in the world of Epica and join us in Omega Alive!"

Tickets and bundles are available here. Watch the trailer below: