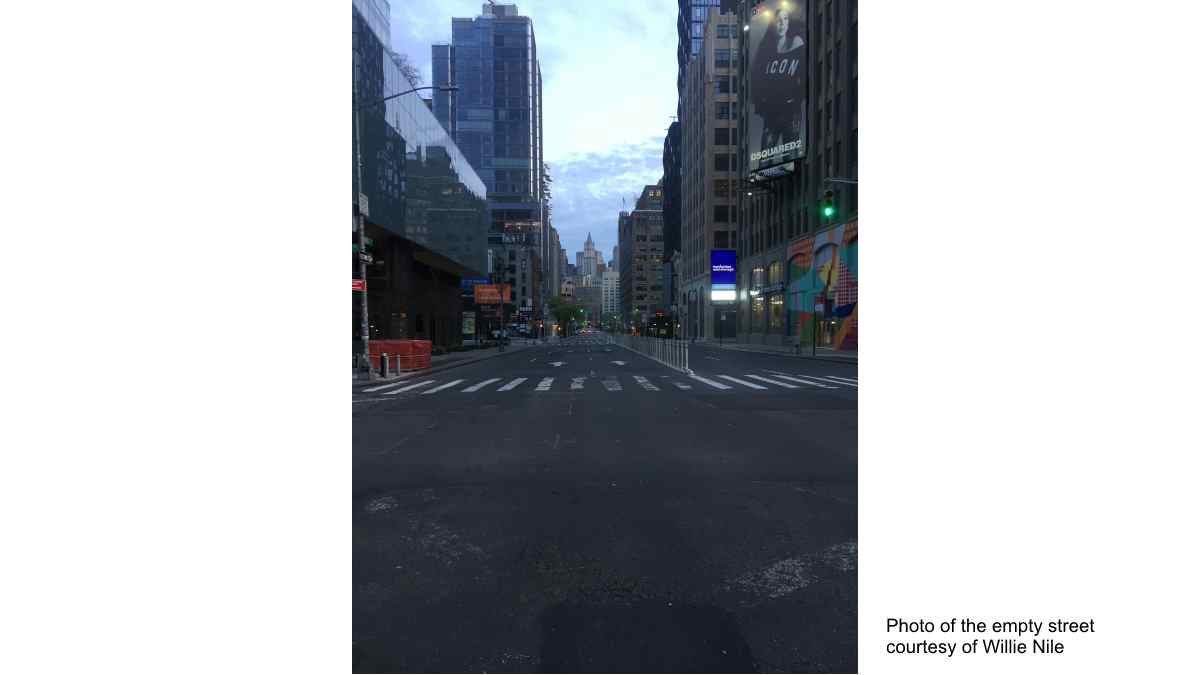 Willie Nile just released his brand new album, "The Day The Earth Stood Still", and to celebrate we asked him to tell us about the title track to the record. Here is the story:

I live in Greenwich Village in New York City and have lived here for almost 50 years. When the pandemic hit and the lockdown took hold here in the Spring of 2020 it was like being in a sci-fi movie. To go outside and walk the desolate empty streets that were always so full of life and people was a shock every single day. If anyone had told me that this city would become a ghost town before this all started I would never have believed it. I would have thought they were taking some bad mushrooms.

It was just so strange and bizarre. The buildings just looming above it all, looking down on the quiet undisturbed streets was something to behold. It was haunting and actually quite beautiful. I found it fascinating and knew it was a once in a lifetime experience. As weird and crazy as it was, knowing that there were people stranded behind all these stone and brick walls day and night hiding from the virus, I really dug it. For me, the streets and the silent neighborhood still told stories of those who had gone before, all the poets, writers, musicians, artists, etc. Even though the crowds of locals and tourists and workers were mostly gone I still felt the magic and the history as alive as ever. The city still spoke to me and I loved that it still did.

I have a storage space downtown a block from the Holland Tunnel. The evening rush hour traffic is usually a nightmare for anyone in a car. It can take 45 minutes to an hour to go 3 blocks sometimes, especially on a Friday night with so many people looking to get out of the city.

One Friday night last May 2020, I was picking something up from my storage space and left the building around 6pm. When I got to the corner of Varick and Spring Street and stopped at the red light I looked uptown and downtown and there was not a car in sight. I couldn't believe my eyes. There was not one car or person as far as my eyes could see. I could have laid down in the middle of the street and sung Beatle songs. That's when the title of the old '50's sci-fi film "The Day The Earth Stood Still" hit me like a ton of bricks. I knew right away it was a possible song title and walked home thinking about it while marveling at the emptiness all around me.

The first verse came to me as well, "Politicians were in the pockets. There were senators on the edge. There were Wall Street mooks shakin' in their boots, standin' on the window ledge. A cold north wind was blowin', givin' everybody a chill. Nothing moved out on Main Street the day the earth stood still." When I got home I picked up my guitar and finished the song in about an hour.

The song has one of my favorite verses in it: "When the ABC's of logic, meet the CEO's of greed, and the SRO's of loneliness cry out and start to bleed, There comes a time for judgement, a time to pay the bill. And that is just the way it was the day the earth stood still."

It was all stream of consciousness. There's no way I could sit back and consciously come up this stuff. I just let the words fly out on their own and wrote them down.

Being a big fan of the original film, I wanted to put a "Klaatu Barada Nikto" chant in the song. That's what the "Spaceman", played by Micheal Rennie, tells Patrica Neal, as he's dying, to say to the robot protecting the spaceship in Washington, DC so he won't exact revenge and destroy the earth. It all came together pretty quickly and I knew right then I had the title track to my next album.

Sometimes you get lucky and this was one of those days.