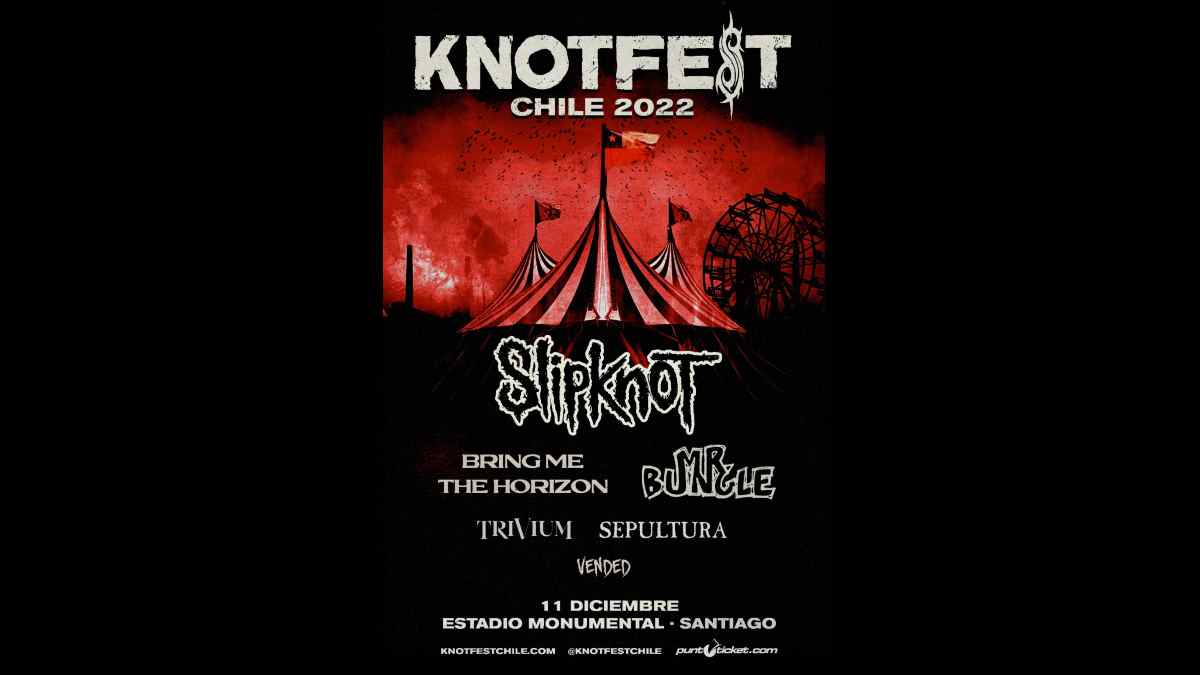 Slipknot have announced the details for the South American installments of their Knotfest, which will be taking place in Chili and Brazil at the end of the year.

Slipknot will be headlining both events and the lineup announced for the Chili festival will also include Mr. Bungle, Bring Me The Horizon, Trivium, Sepultura And Vended.

Brasil lineup will feature Bring Me The Horizon, Mr. Bungle, Trivium, Sepultura, Motionless In White, Vended, Project46, Armored Dawn with more acts still to be announced for both events.