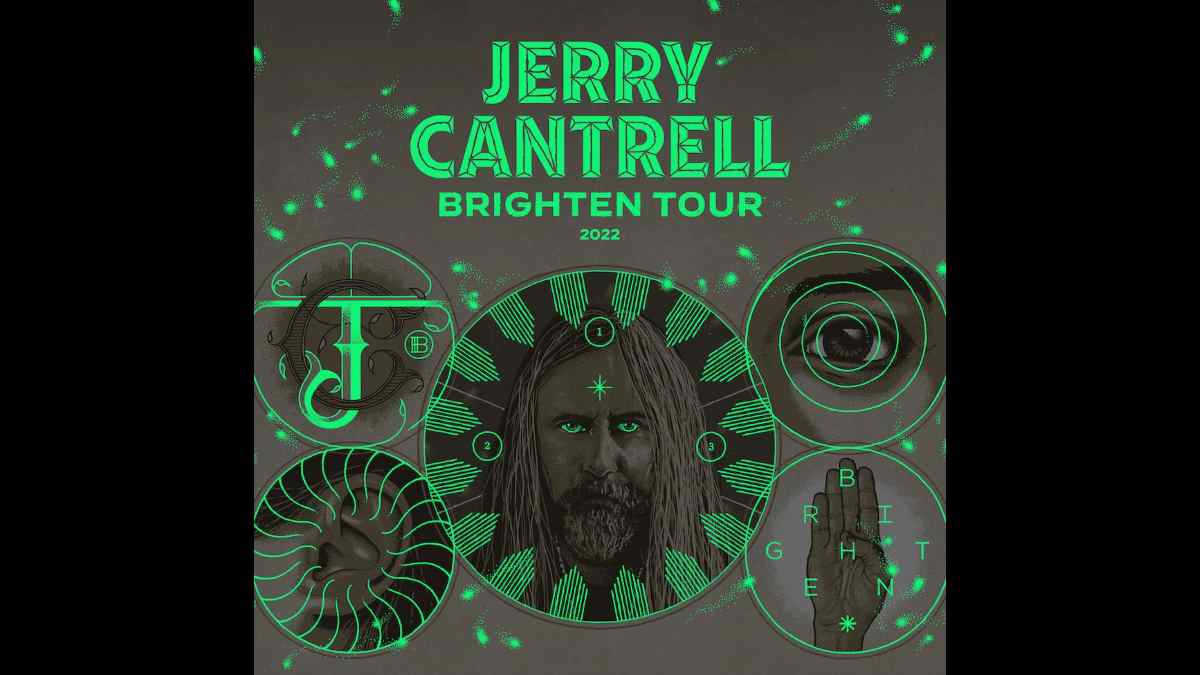 (hennemusic) Alice In Chains guitarist Jerry Cantrell has announced dates for a 2022 solo tour of North America that he will be launching in support of his forthcoming album, "Brighten."

The seven-week series will open at the legendary First Avenue in Minneapolis, MN on March 24 and run into early May. "I will be taking my new album, Brighten, on the road in Spring 2022," says Cantrell. "Looking forward to Rawking out with you all."

The project delivers eight new Cantrell originals and a cover of Elton John's 1971 "Madman Across The Water" track, "Goodbye." "Brighten" has been launched with the lead single, "Atone." Watch that video and see the tour dates here.