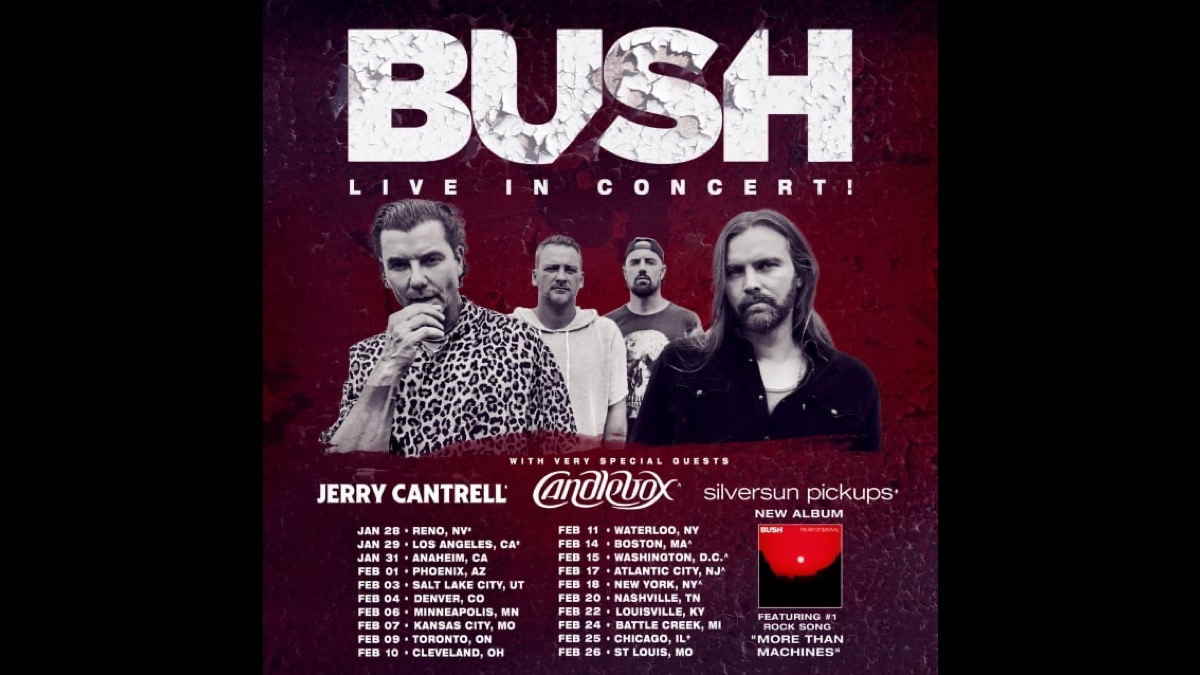 (hennemusic) Bush have announced dates for an early 2023 North American tour in support of their new album, "The Art Of Survival," that will also feature Alice in Chains' Jerry Cantrell, Candlebox, and Silversun Pickups.

The band recently wrapped up an extensive US tour with Alice In Chains and Breaking Benjamin, and are ready to return to the road for more shows. "You know we couldn't stay away for long!," says Bush. "New headline tour coming top of the year in celebration of The Art Of Survival record and of More Than Machines hitting No. 1 at Rock radio this week.

"We'll be bringing some very special guests with us along the way, too, including shows with Jerry Cantrell, Candlebox, and Silversun Pickups. We can't wait to see you all out there in 2023!"

Introduced with the lead single, "More Than Machines", Bush recorded the project earlier this year with producer Erik Ron (Panic! At The Disco, Godsmack) after the pair worked on "Flowers On A Grave" and the title track for the group's previous album, 2020's "The Kingdom."

Watch the "More Than Machines" video and see the tour dates here.