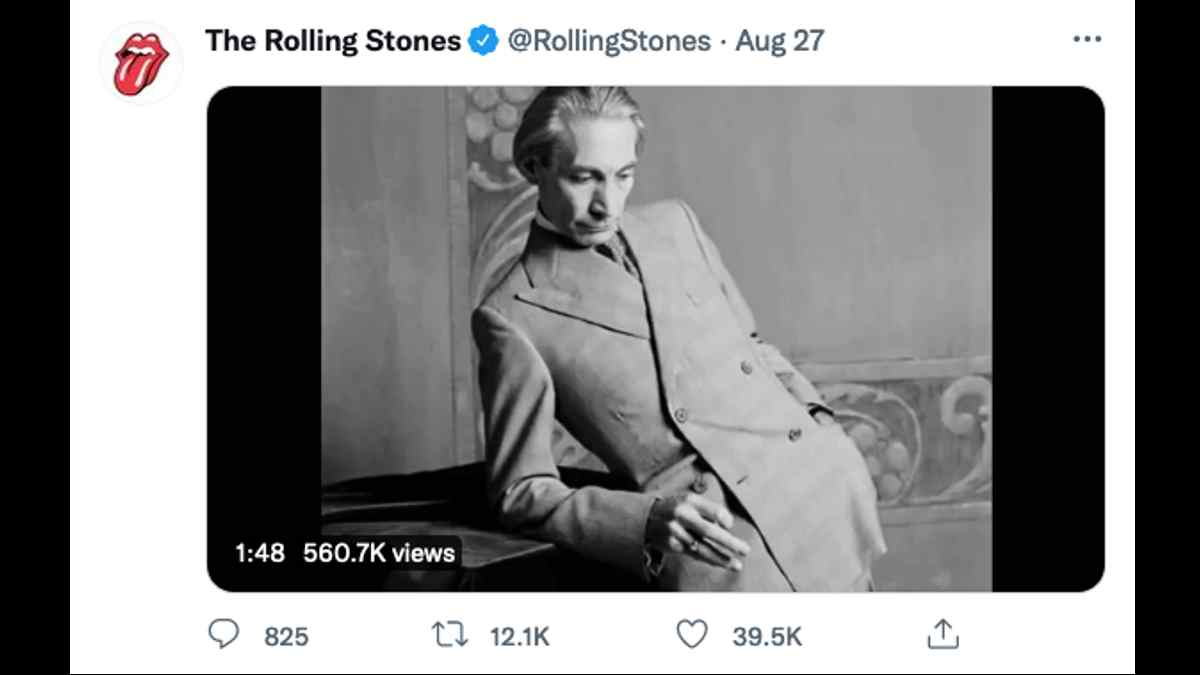 (hennemusic) The Rolling Stones are sharing a video tribute to their late bandmate Charlie Watts. The two-minute clip presents a montage of photos and footage of Watts through the years to the soundtrack of the group's 1974 classic, "If You Can't Rock Me", a track from the "It's Only Rock 'n Roll" album.

Watts died in a London hospital on August 24 at the age of 80 while recovering from a recent medical procedure that was set to have him sit out the band's rescheduled No Filter US Tour dates this fall.

"It is with immense sadness that we announce the death of our beloved Charlie Watts. He passed away peacefully in a London hospital earlier today surrounded by his family," his publicist Bernard Doherty said in a released statement that day. "Charlie was a cherished husband, father and grandfather and also as a member of The Rolling Stones one of the greatest drummers of his generation. We kindly request that the privacy of his family, band members and close friends is respected at this difficult time."

The surviving members of The Rolling Stones each offered their own personal tributes to Watts on social media earlier this week; since the legendary drummer's passing, the band's website has remained dark in remembrance of the late rocker, who is pictured on the site's home page.

The Rolling Stones will proceed with their fall US tour as scheduled when it opens in St. Louis, MO on September 26, with Watts' friend and hand-picked stand-in, Steve Jordan, on drums. Watch the tribute video here.