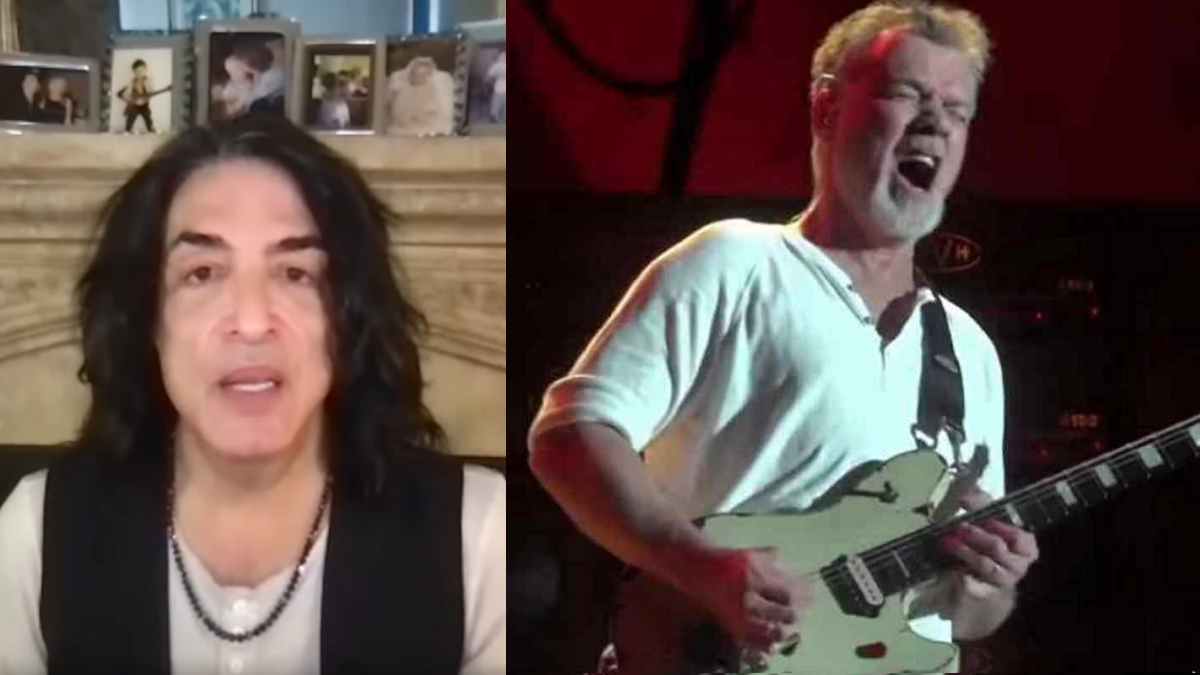 KISS frontman Paul Stanley has addressed the rumor that Eddie Van Halen was planning to leave his group to join KISS. Stanley was interviewed by The Jeremy White Podcast and last week the show shared an excerpt of the chat to mark the anniversary of Van Halen's debut album.

The show said, "On February 10th 1978, Van Halen released their iconic debut album! #PaulStanley talks about seeing Van Halen in LA and how he didn't think it was a good idea for their manager to sign them... we also discuss how #EddieVanHalen influenced the scene and picking the next guitar player for KISS. Also, was Eddie Van Halen ever supposed to join KISS?"

In the clip, Paul addresses the rumor that Eddie Van Halen was interested in joining KISS at one point. Stanley said, "I have to say, I didn't ever hear that. I was on the phone with him around that time. He was calling me, and I think there was tension in his band. He was asking me, for example, why we did solo albums, why we had to do that.

"I think he felt that fracturing within his band. But as far as anything beyond that, wanting to join us or anything like that, I can't say no and I wouldn't say no. I don't know. I'll leave that to Gene." Watch the clip below: