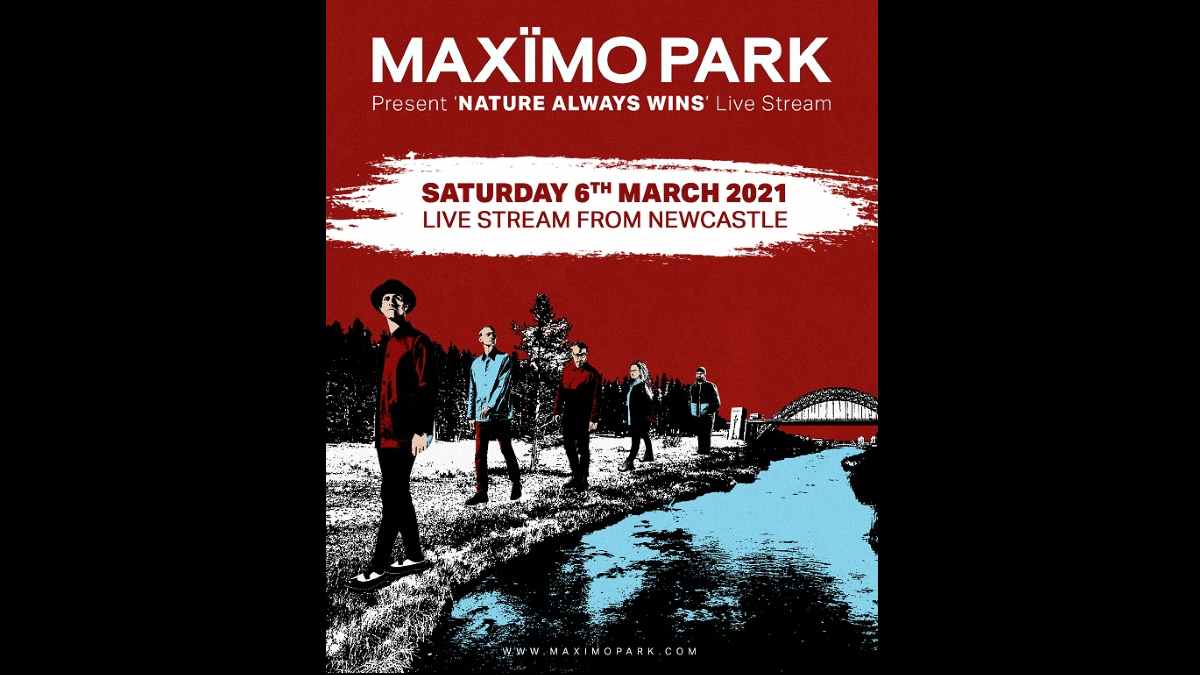 Maximo Park have announced that they will be celebrating the release of their new album by playing a special livestream concert on Saturday, March 6th.

The band will be releasing their new studio effort, "Nature Always Wins", on February 26th. It is the follow-up to the group's 2017 album "Risk To Exist". The livestream show will be taking place live from the Riverside, Newcastle.

Frontman Paul Smith had the following to say, "Since we can't play live in front of a crowd at the moment, we've decided to give a live, streamed broadcast from an (almost) empty Riverside venue in Newcastle.

"We're excited to be introducing some songs from our new album, 'Nature Always Wins', as well as blasting through some old favourites. Join us at 8.30pm GMT on Saturday March 6th..."

Fans across the UK will also be able to catch the band play special album launch shows at various record stores across the country in April, followed by more live dates this summer. See the dates below:

Maximo Park Reveal Visualizer for New Song Merging Into You