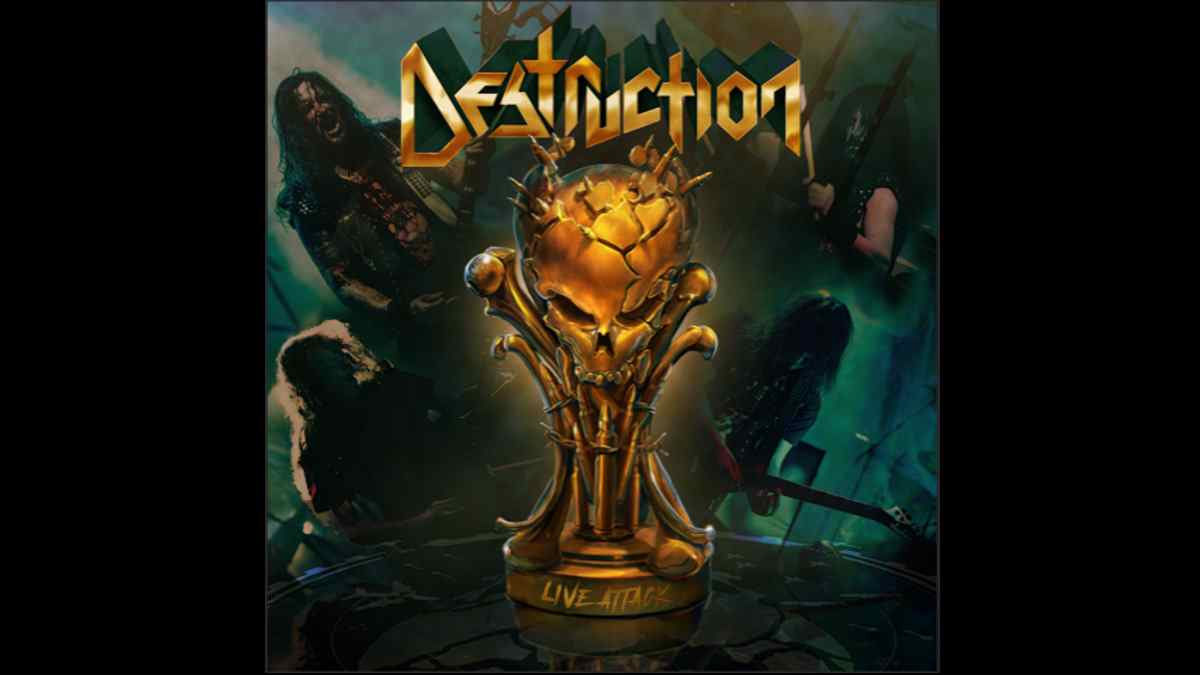 Destruction have shared a live video for their classic track "Reject Emotions" as a preview to their forthcoming live album and Blu-Ray, "Live Attack", which is set to hit stores on August 13th.

Schmier had this to say, "The die-hards voted for 'Reject Emotions' to be on the setlist at this special show on our social media pages. We did not perform this fan favorite in its full length since the 80s, cause it was written for two guitars. Most fans know, it is actually the first song we ever wrote as a four-piece.

"This is why we chose this as a single now for our BluRay release. It is a very rare live track, finally played again with the power of two axes, the way it was meant to be! A cult song that always had a special place in our metal-hearts!

"The flashback shots from the 80s in honor of the old line up build a bridge to our history and will hopefully bring back some joy and good memories for many supporters!" Watch the video below:

As I Lay Dying Announce Two Decades of Destruction Tour