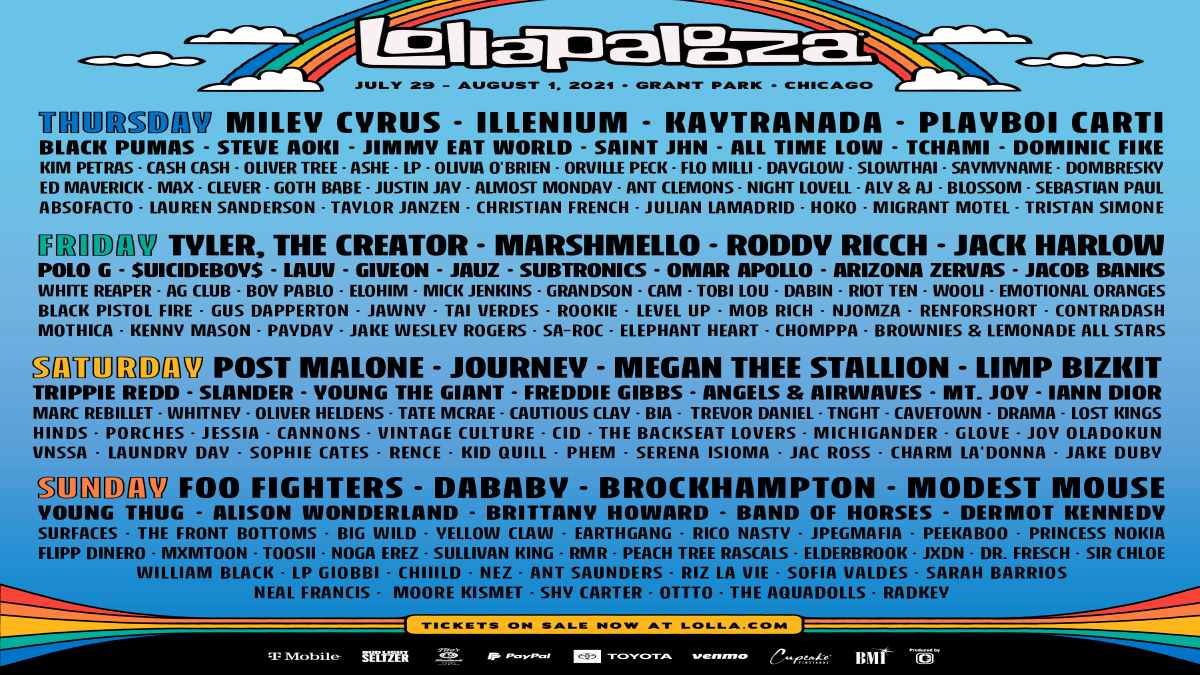 Organizers of the Lollapalooza festival have announced the daily lineup for this year's event, which will be taking place at Chicago's Grant Part on July 29th through August 1st.