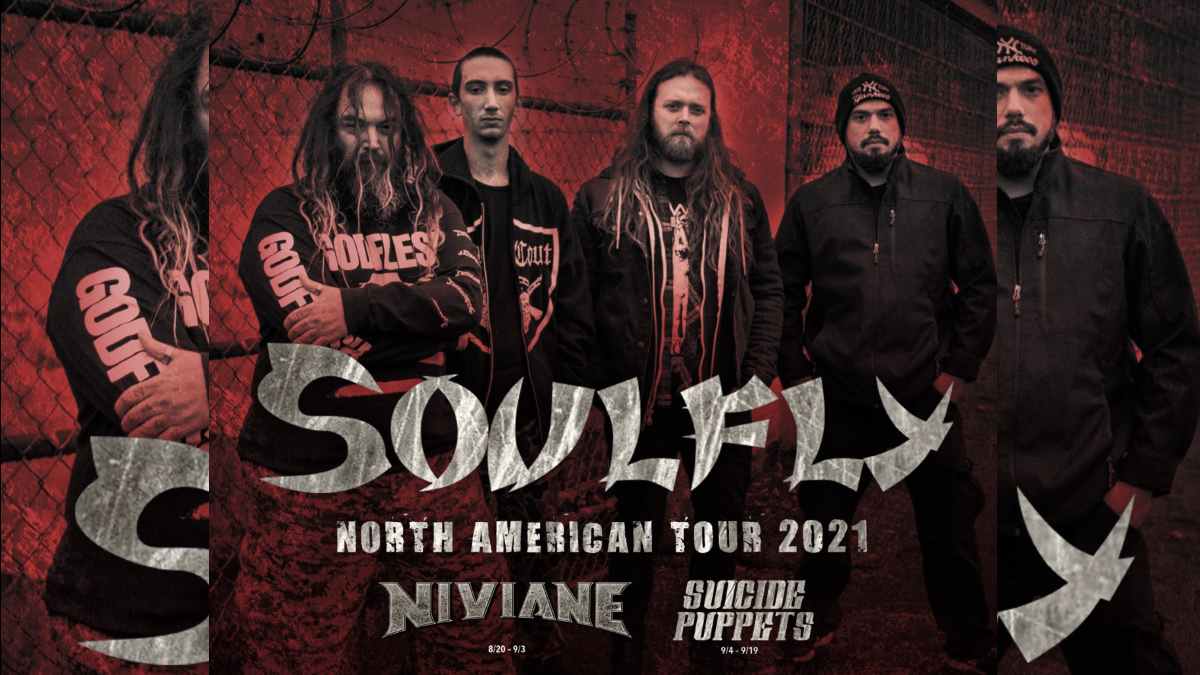 Soulfly have announced that they will be returning to the road this summer for a U.S. tour that will feature Niviane and Suicide Puppets on select dates.

They will be kicking things off on August 20th in Albuquerque, NM at the Sunshine Theater and will wrap up the tour on September 24th in Los Angeles, CA at The Whisky.

Max Cavalera had this to say, "We are finally heading back on the road in the US. After being isolated by the pandemic we are ready to let it all out in the mosh pit with the Tribe!

"All the anger, frustration, and passion will come out of all of us with a killer new setlist and probably a new song from our 12th studio album! So let's get ready to pit and destroy this f***ing place. As always, f*** sh*t up and bring the shot. We cannot wait."

Niviane will be on the tour from August 20th through, September 3rd. Suicide Puppets will be taking over on September 4th and will stay on the trek until September 19th. See the dates below: