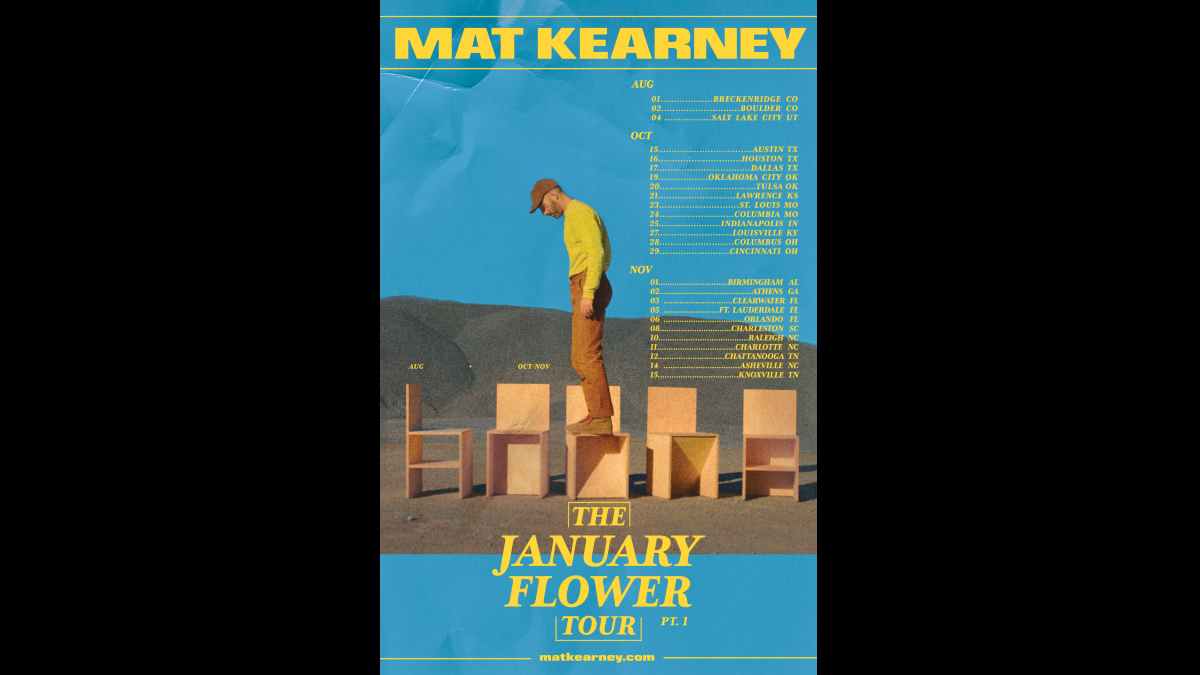 Mat Kearney has announced the first leg of his January Flower Tour which he will be launching in support of his recently released new studio album "January Flower".

The tour is set to kick off on October 15th at ACL Live at The Moody in Austin, TX and will run until November 15th with the final show at the Bijou Theatre in Knoxville, TN.

Prior to the fall run of dates, Mat will be playing three summer shows beginning on August 1st at the Riverwalk Center in Breckenridge, CO, followed by concerts in Boulder and Salt Lake City. See all of the dates below:

Mat Kearney Goes 'Anywhere With You' With New Video