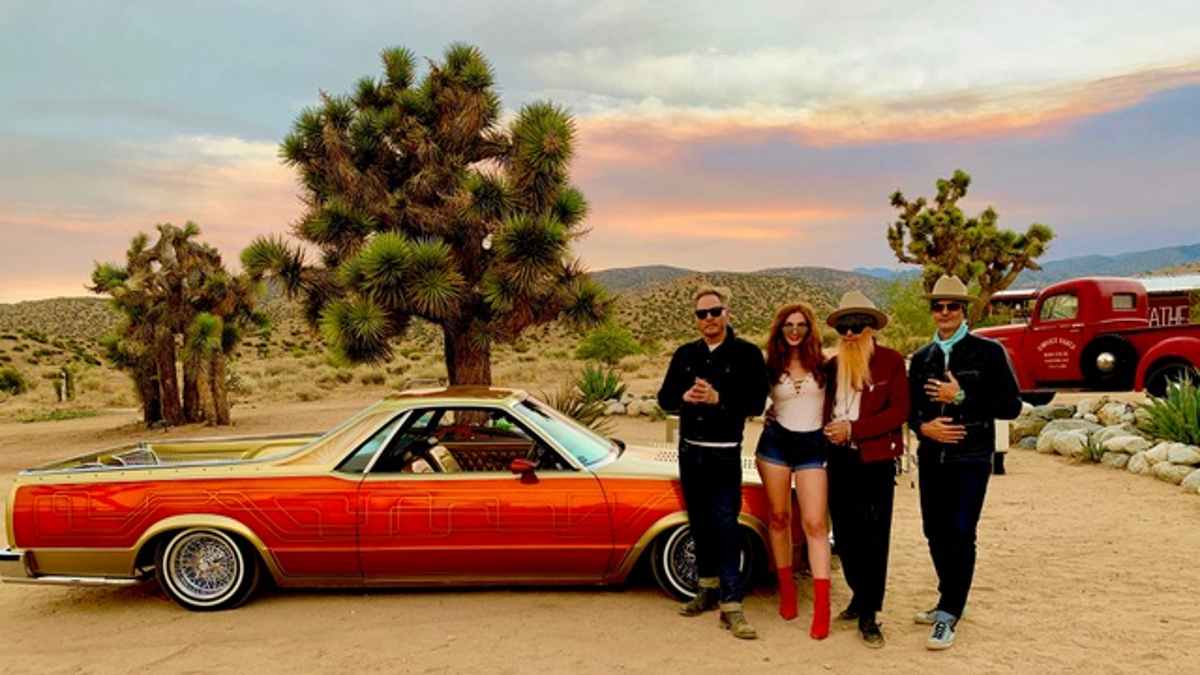 (hennemusic) ZZ Top guitarist Billy F. Gibbons has released a video for "She's On Fire", a track from his newly-available album, "Hardware." The temperature at Rimrock Ranch, the video shoot's location at Pioneertown in California's high desert at hovered above 115 degrees while a blaze had broken out a few miles away in Palm Springs giving the production a smoky look.

The legendary Texas rocker recorded his third record at Escape Studio in California's high desert, near Palm Springs, which was produced by Gibbons along with Matt Sorum and Mike Fiorentino, with engineer Chad Shlosser providing additional production.

"We holed up in the desert for a few weeks in the heat of the summer and that in itself was pretty intense," says Gibbons. "To let off steam we just 'let it rock' and that's what 'Hardware' is really all about. For the most part, it's a raging rocker but always mindful of the desert's implicit mystery.

"The desert settings, replete with shifting sands, cacti and rattlesnakes makes for the kind of backdrop that lends an element of intrigue reflected in the sounds created out there."

The album's title is a tribute to legendary recording engineer the late Joe Hardy, who worked with Gibbons and ZZ Top dating back to the mid-1980s. Watch the video here.