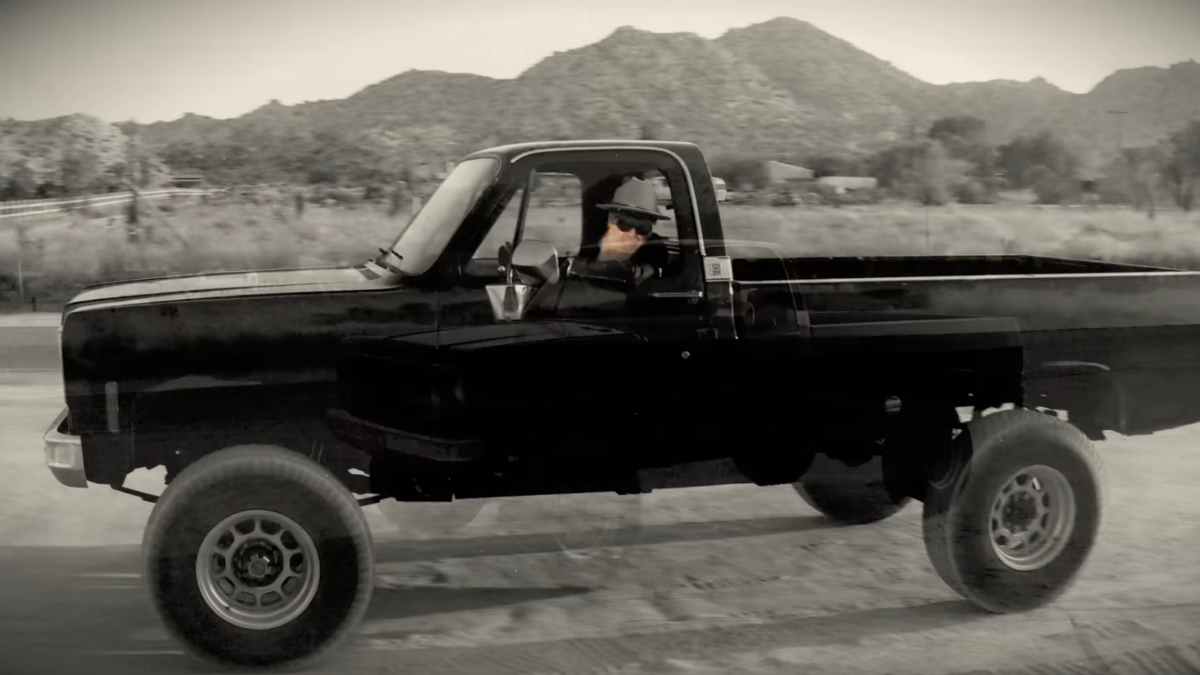 ZZ Top's Billy F. Gibbons has released a music video for his new song "My Lucky Card." The track comes from his forthcoming solo album "Hardware", which is set to be released on June 4th.

The new video was filmed at the famed Pappy & Harriet's Pioneertown Palace in Pioneertown, Ca (near Joshua Tree National Park) and was directed by Harry Reese.

Billy had this to say about the location of the video shoot, "We thought Pappy's would be a great place for us to do the video since it reflects the rough and tumble high desert vibe that was the inspiration for the album.

"I play a slide guitar in this one but neglected to bring a proper slide along for the shoot. Necessity being a mother, we improvised and used a beer bottle.

"We went through a case or more looking for just the right bottle neck and, at last, found one on a classic Mexican brew. That was some thirst-quenching research to be sure."

Director Reese added, "It was a one-man shoot - me - with no crew and using available light, flying by the seat of our pants Billy, Matt [Sorum] and (guitarist) Austin [Hanks] got up there, did it once and Billy said, 'We got it!' and that was that." Watch the results below: