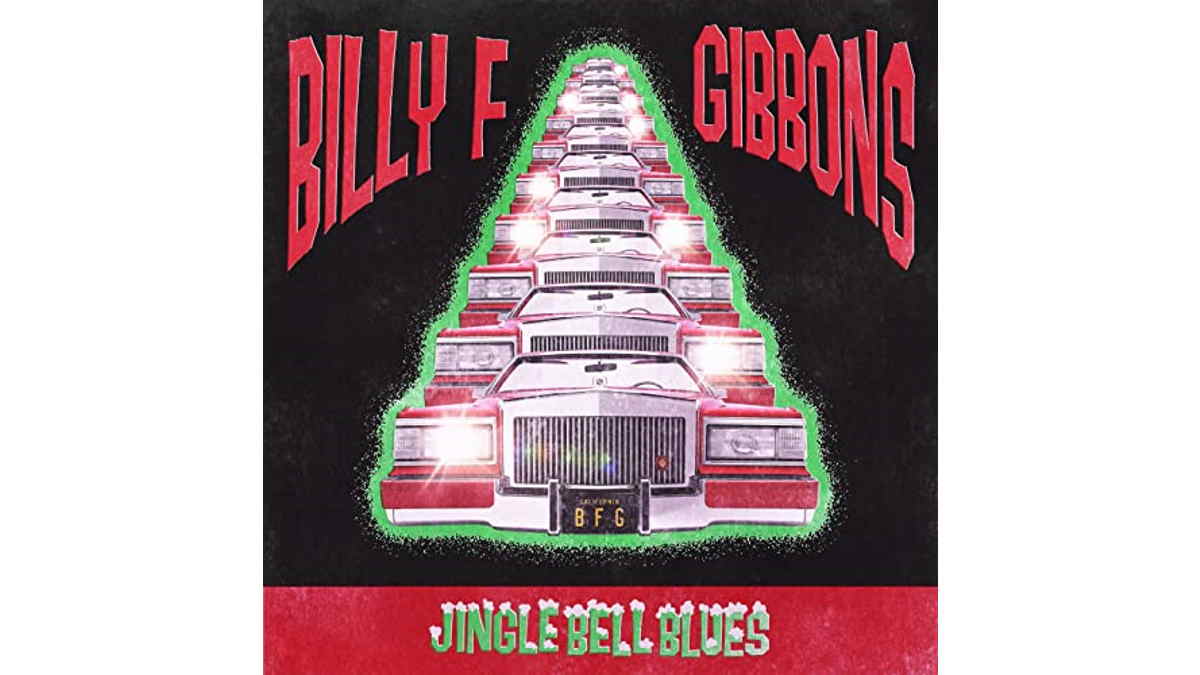 (hennemusic) ZZ Top guitarist Billy Gibbons is sharing an animated video for his new holiday single, "Jingle Bell Blues." Recorded in Nashville, TN this past June, the tune sees the rocker joined by bassist Mike Fiorentino and drummer Miles McPherson for a bluesy take on the Christmas classic.

"The animators put me in a hot rod that looks suspiciously like our very own '34 Ford-based 'Whiskey Runner' though they've made some few seasonal adjustments," says Gibbons. "There's considerable snowfall so the wheels are replaced midway by a set of skis and now there's a pickup bed in the back so gifts can rain down from it.

"They have me doing a header into a chimney but it's not clear if I get to enjoy any cookies and milk for my efforts. Just the same, I'm really digging the snowman blowing some great blues harp in the time-honored Jimmy Reed style."

"Jingle Bell Blues" is available through all streaming and digital platforms as well as a lavishly packaged traditional 45 RPM single, pressed on red translucent vinyl.

The cover art depicts multiple Cadillac Fleetwood Broughams stacked to reflect the shape of a traditional Christmas tree, while the obverse is adorned by a swanky stylized wire wheel. The "flip side" of the record is an etched surface that replicates the sidewall of a bias ply tire with raised letters spelling out the song title and Billy's name.

The red vinyl version comes with a Billy F Gibbons center hole adapter making it easy to play on any standard turntable.

Earlier this year, Gibbons released his latest solo album, "Hardware"; he recorded the set at Escape Studio in California's high desert, near Palm Springs, with his live lineup of drummer Matt Sorum and guitarist Austin Hanks. Watch the video here.