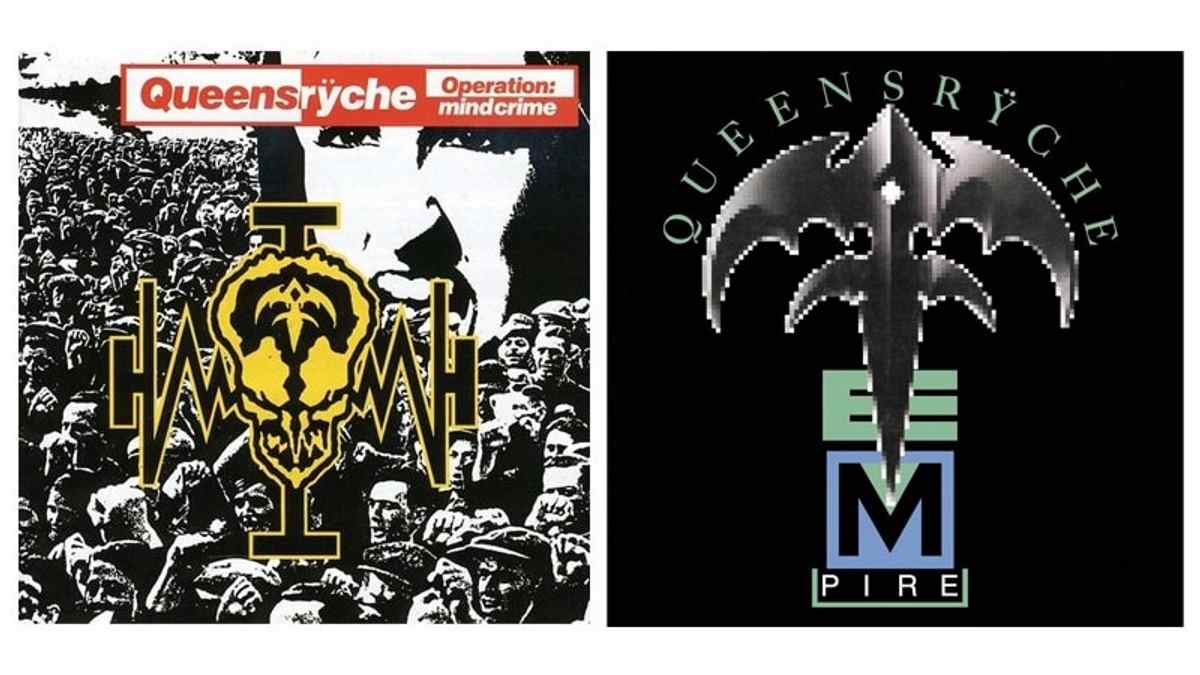 (hennemusic) Queensryche have announced that they will release expanded reissues of a pair of their classic albums, "Operation: Mindcrime" and "Empire", on June 25.

The band's third studio record, 1988's "Operation: Mindcrime" was a concept album that told the story of a political thriller based around the set's main character, Nikki; the project reached No. 50 on the US Billboard 200 while selling a million copies in the country.

The expanded 2021 deluxe edition features live audio concerts from London's Hammersmith Odeon in 1990 and Wisconsin's Target Center in 1991, plus a DVD that also includes the bonus track "The Making of Operation: Mindcrime", and a TV commercial.

Led by the hit power ballad, "Silent Lucidity", 1990's "Empire" spawned six singles - including "Jet City Woman", "Another Rainy Night (Without You)", "Anybody Listening?", "Best I Can" and the title track - while delivering their first US Top 10 album and most commercially-successful, going on to earn triple-platinum status for sales of 3 million copies.

The expanded 2021 deluxe version of "Empire" completes the Hammersmith Odeon 1990 concert with the live audio from the non-Mindcrime setlist.