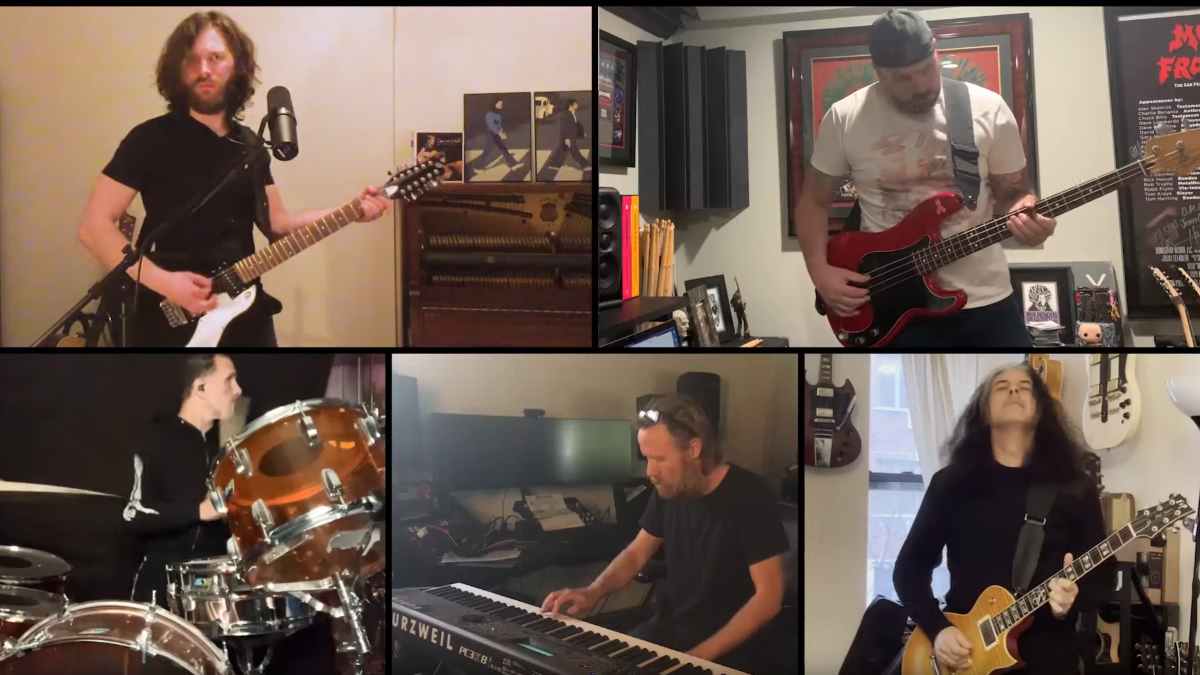 The classic Tom Petty and Stevie Nicks (Fleedwood Mac) duet "Stop Draggin' My Heart Around" has received a new quarantine cover from members of Anthrax, Testament, Trans-Siberia Orchestra and more.

Skolnick shared the video online and had this to say, "Just in time for #internationwomensday, a classic song that's quite relevant today in which a woman tells it like it is (sometimes we need to just stfu & listen, amirite?). Originally by Stevie Nicks from her 1981 debut solo album 'Bella Donna', where she was joined by all of Tom Petty & The Heartbreakers (except for the great session bassist Donald 'Duck' Dunn who played bass just on this one track).

"Here we have our same band that did 'Rhiannon' (see vid a few months back), which was so fun to do and well received that we thought we'd continue. As before, Stevie's part is channeled by the one & only Jen Cella, with Randy chiming in as Tom Petty (the late great, may he RIP) and the lineup augmented with Hammond B3 played by McNally Waters keyboardist Harry Waters, also a veteran of recent tours with his father (whom you may have heard of, his name's Roger).

"I tried a few guitars, including my LPs, SGs, but this AS sig ESP lemonburst just captured the right tone & sustain in this case. Original guitarist Mike Campbell (currently playing with Stevie in Fleetwood Mac) is someone not always as appreciated as he should be in guitar scenes, as his playing is not technically complicated, but it's nonetheless brilliant. I tried to capture the spirit of his original licks and, add a little bit of my own flavor but not deviate from the original too much (what Mike C did was perfect for the song, as usual).

"Enjoy the tune and for goodness sake, people (I'm not gonna tell you again): Stop Draggin' My Heart Around!!!" Watch the video below: