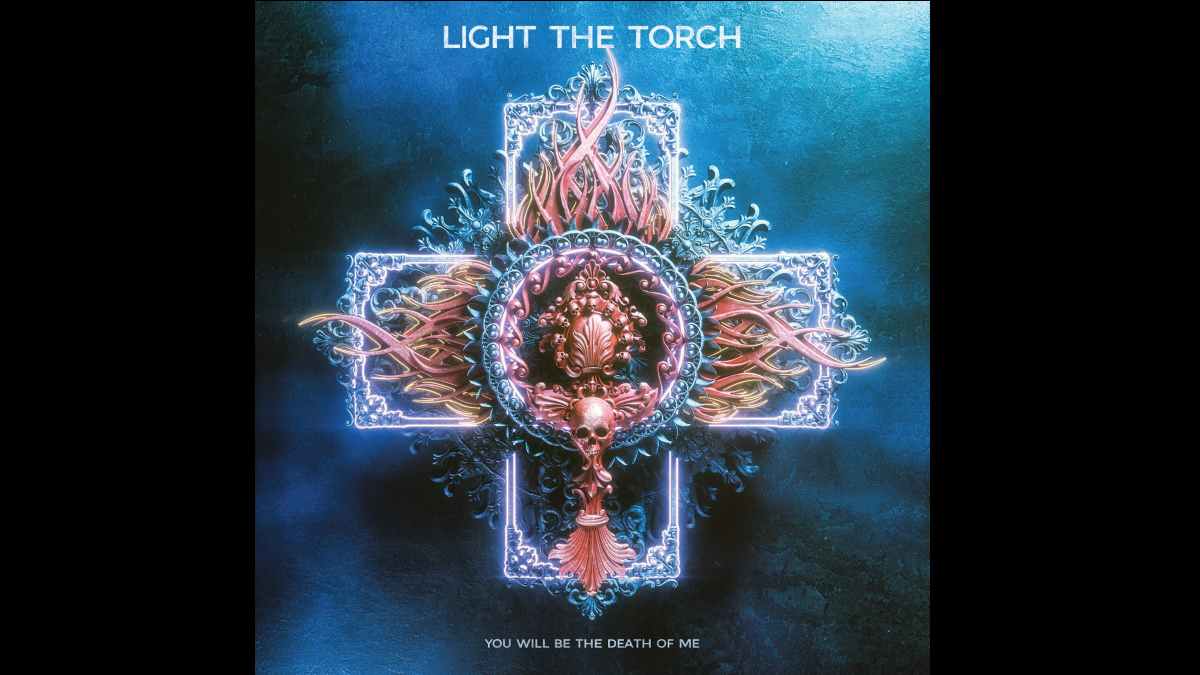 Light The Torch have released a visualizer video for their new song "More Than Dreaming," which is a 3-dimensional version of their forthcoming album's artwork.

The album will be entitled "You Will Be The Death Of Me" and is set to be released on June 25th. Both the cover art and the visualizer video were created by Francesco Artusato.

Frontman Howard Jones had this to say, "I love starting the album with 'More Than Dreaming. It's got great energy and bounce to it - exactly what you want as an opener. We are looking forward to playing this live. The wait is almost over!"

Artusato said of the cover art and video, "The idea for this artwork started developing in my head right after we were done with the first session of pre-production.

"I started seeing certain colors and this style in my head. To me, the music on this record in fact sounds like 'those colors.' The concept is pretty simple: You can see a torch in the middle and three flames coming out of it. The three flames represent the three of us. The addition of neons and fog was inspired by John Carpenter's '80's movies.

"Having all the artwork created in 3-D, I was able to place it in a CG environment, start animating some of the elements, and create some sort of story. I think in this case it works well with the 'dream-like' vibe of these visuals.

"Artwork and visual creativity have been a big part of my growth as an artist for the past few years and I love to be able to combine music and visuals in one project. It made this album even more special to me." Watch the video below: