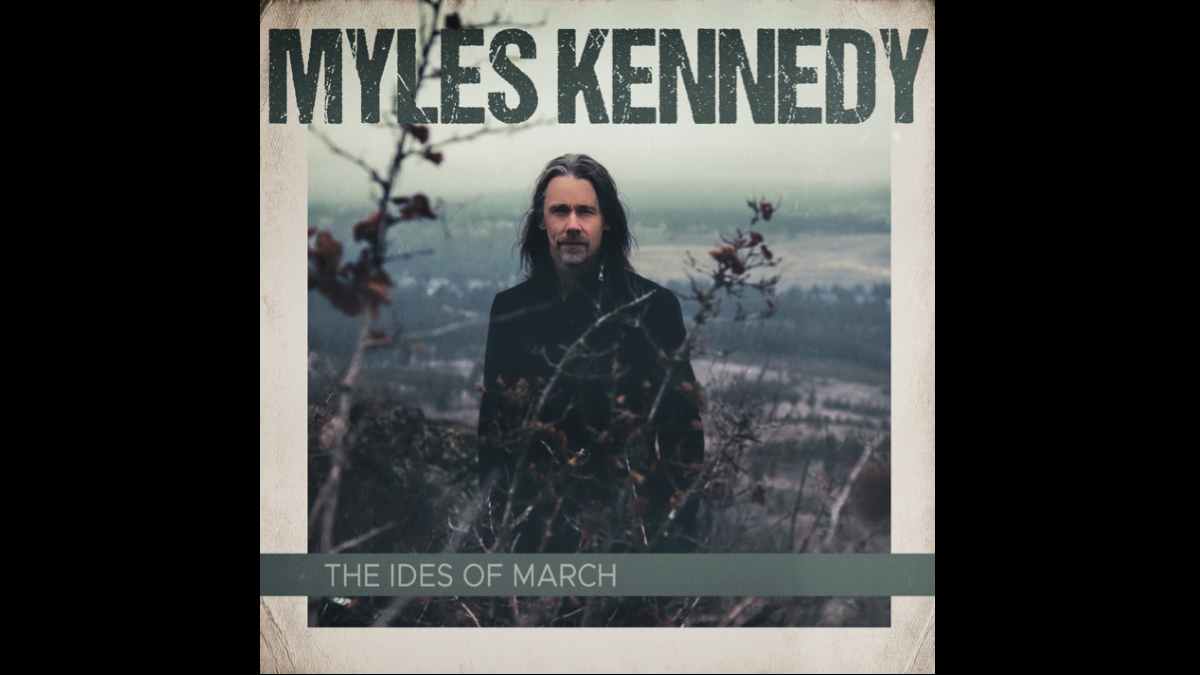 (hennemusic) Myles Kennedy is sharing audio of his new ballad track, "Love Rain Down", ahead of the May 14th release of his second solo album, "The Ides Of March."

The project sees the Alter Bridge rocker regroup with longtime friend and drummer Zia Uddin and bassist/manager Tim Tournier - who worked on Kennedy's 2018 debut, "Year Of The Tiger" - for the 2021 record, which was recorded in Florida with producer Michael "Elvis" Baskette.

The singer explained the difference between the two records in a recent interview with My Global Mind's Robert Cavuoto. "These songs were more a reflection on the state of the world, where 'Year Of The Tiger' was a reflection of my family and me. That CD came from a different place," says Kennedy. "This was still a very challenging record to write. I, like everyone else, thought there was so much uncertainty in the world. So many questions, and when you are writing about that constantly, you go down a rabbit hole as it can be very interesting what it can do to your psyche. As you continue to dig deeper and deeper, like on 'Ides Of March,' you can hear the concern in that narrative. There is a genuine fear of where things were going while trying to maintain a certain level of optimism. Balancing that is very important to me."

"The Ides Of March" will be available in a variety of formats, including digital, CD, black and colored 2LP vinyl, including Die Hard Limited Edition and Limited Deluxe Box options available via Napalm Records.

Kennedy recently announced a series of US dates in support of the album; he will perform a pair of headlining shows the Midwest in late June, before teaming up with Halestorn for gigs in Illinois and Wisconsin. here.