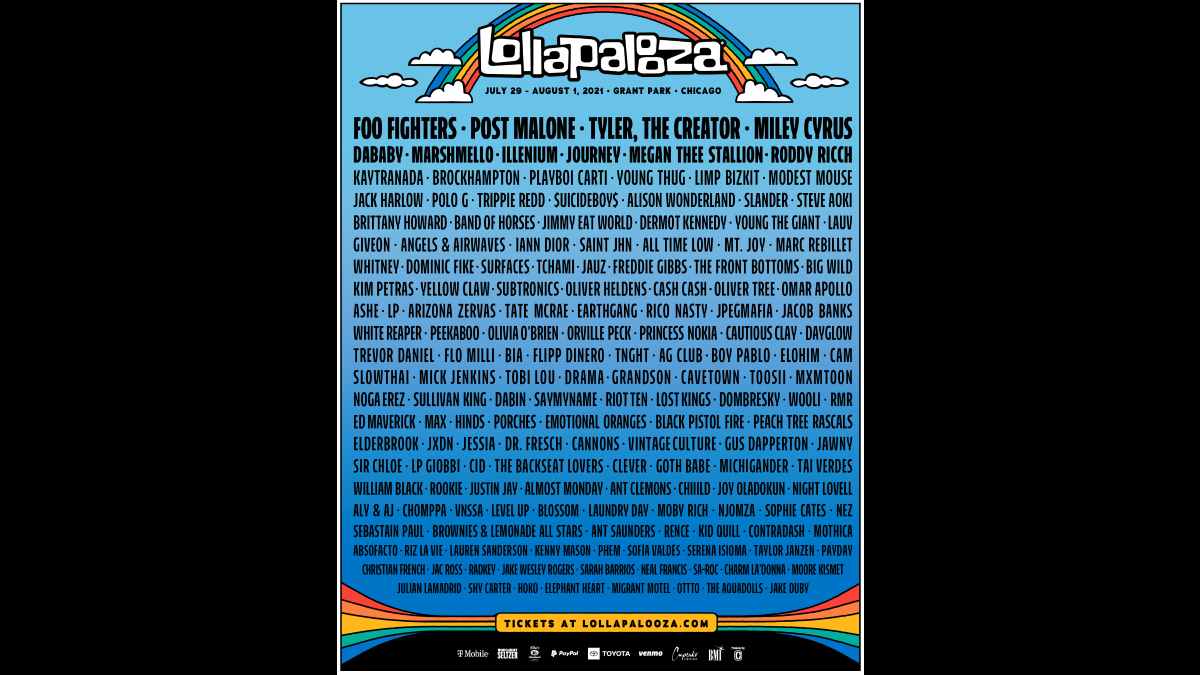 The Foo Fighters, Post Malone and Journey lead the lineup of over 185 artists who will be performing on over eight stages at this year's Lollapalooza festival in Chicago.

The annual event returns this year to Grant Park in Chicago and will run from July 29th through August 1st. Other rock artist taking part will include Limp Bizkit, Young The Giant, Angels & Airwaves, and Jimmy Eat World.