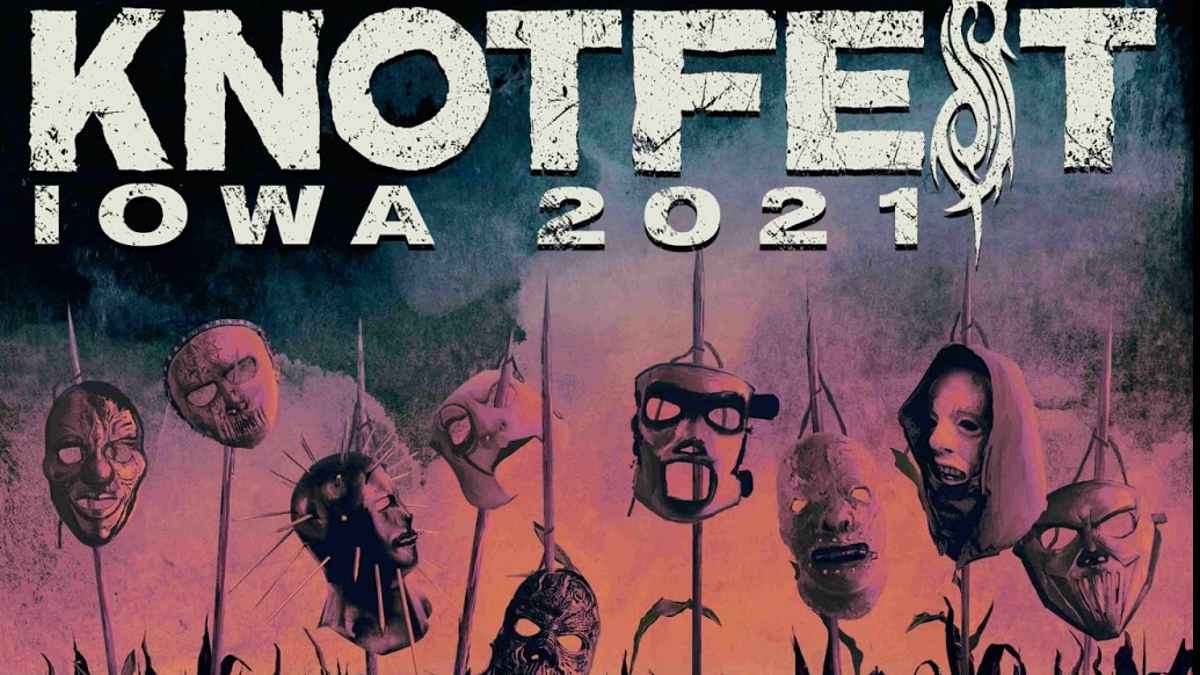 Slipknot have announced that they will be organizing Knotfest Iowa this year that will be taking place at the National Balloon Classic Field in Indianola, IA, on Saturday, September 25th.

The event will be headlined by Slipknot and will also feature performances from Faith No More, Megadeth, Lamb Of God, $uicide Boy$, Gojira, Trivium, Tech N9ne, FEVER 333, Knocked Loose, Turnstile, Gatecreeper And Vended.

General public tickets will go sale June 4th at 10am central and a special presale for Knotfest.com subscribers will begin at 10am central today (May 25th. Slipknot's Clown had this to say about the home state event, "A home show is always insane, but a home 'Knotfest' show will be on a whole other level. Prepare. See you soon for the new reality. Stay (sic)."