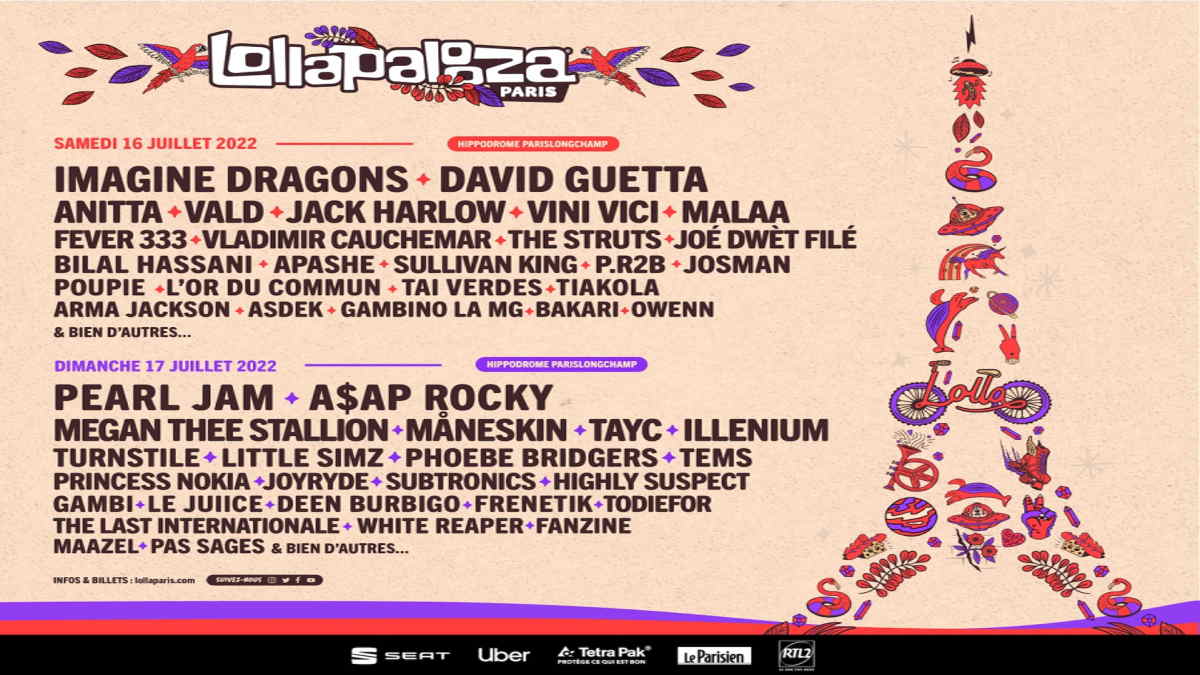 Organizers have announced that Pearl Jam, Imagine Dragons, A$AP Rocky and David Guetta will be the headline acts for the fourth edition of Lollapalooza Paris.

The annual French edition of the music festival is scheduled to take place on July 16th and 17th of next year at the at Hippodrome De Longchamp in Paris, France.