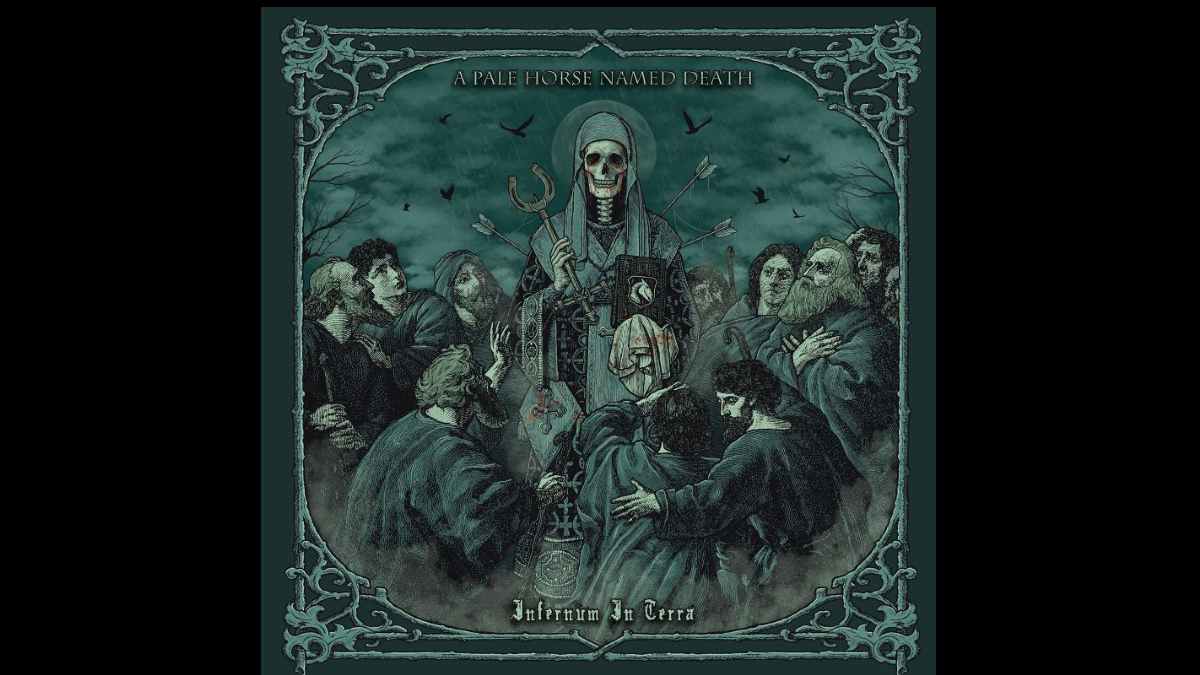 A Pale Horse Named Death have shared an online stream of their new single "Slave To The Master", which comes from their recently released studio album, "Infernum In Terra".

Sal Abruscato had this to say about the track, "This song is up there for one of my favorites, I ended up doing something very different by have the piano dominate this song and keeping it very open feeling with little guitar.

"About the inner turmoils I go through, the self destructive nihilistic behavior I can possess at times, my inner battles with self esteem, getting older and trying to fight my inner demons since childhood. For me it is a very beautiful song and I love it!."

He previously said of the album, "The album to me represents a new beginning, turning a new leaf shall we say with the same vibe from past albums but with a fresh open minded approach.

"There is no real concrete specific concept, it touches on some personal topics in my life long, my interest in the dark arts, that to have light you must have darkness to balance everything.

"With daylight comes nightfall, with heaven there is hell and at this moment the world seems to be in a very dark place hence the title of the album 'Infernum In Terra'.

"This is a very dark album, but what else is new I always write dark music to sooth a dark soul!" Stream "Slave to The Master" below: