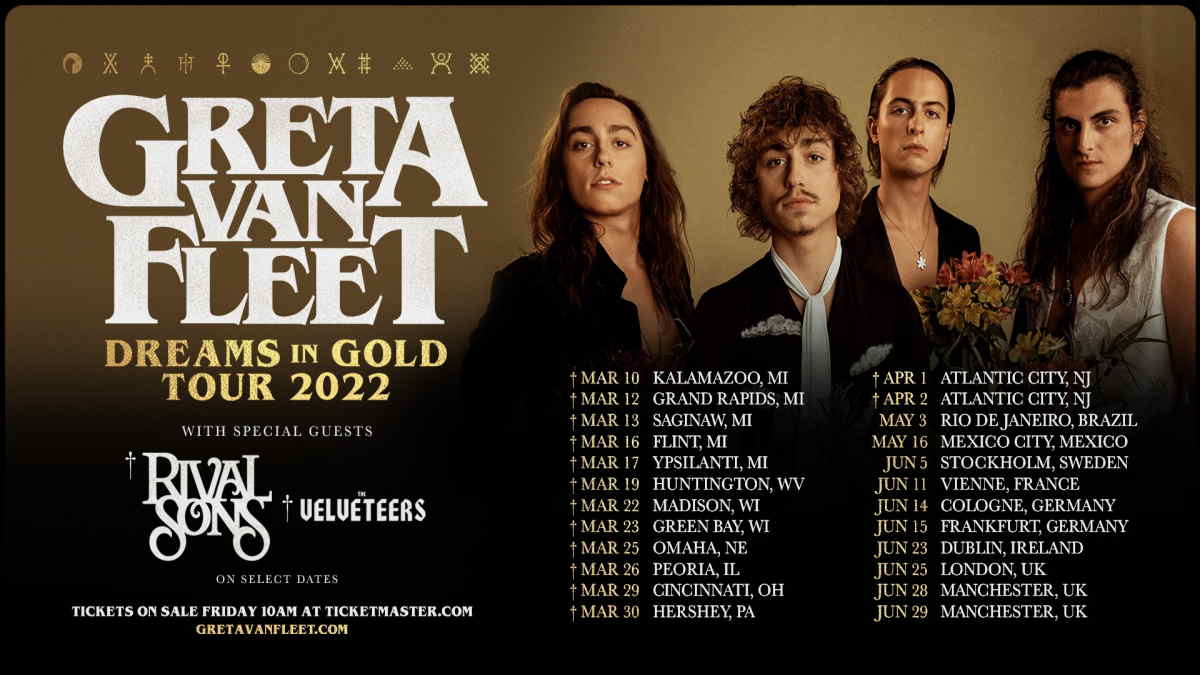 Greta Van Fleet have announced that they will be launching their Dreams in Gold tour of North America that will also feature Rival Sons and The Velveteers.

The arena trek will be kicking off on March 10th at the Wings Event Center in Kalamazoo, MI and will conclude with a two night stand at the Hard Rock Live at Etess Arena in Atlantic City, NJ on April 1st and 2nd.

Tickets for the North American dates are set to go on sale to the general public this Friday, November 12th at 10am local time via Live Nation. See all of the tour dates below: