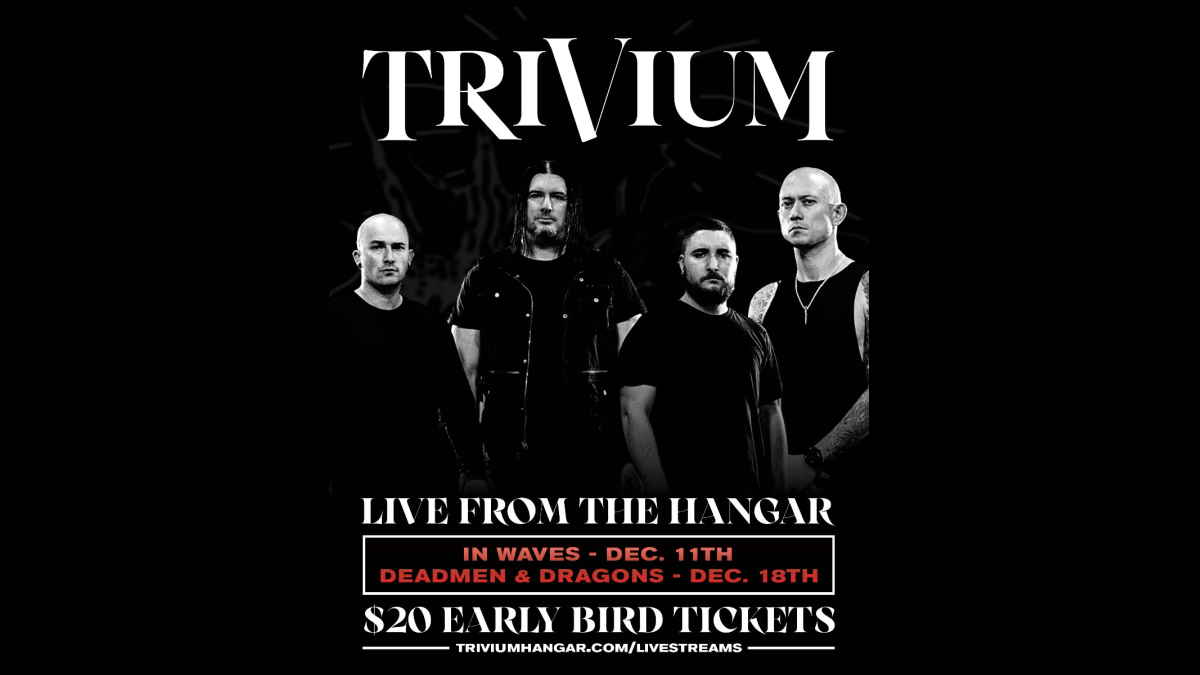 Trivium have announced that they will be hosting two special livestream events that will be broadcast from their brand new HQ in Orlando, FL dubbed "The Hanger".

The first livestream will be taking place on Saturday, December 11, with Fit For An Autopsy as the pre-show, and will be a special celebration of the 10th anniversary of their "In Waves" album.

Matt Heafy had this to say, "In Waves is hailed as one of the greatest Trivium albums of all time. While Trivium has the greatest supporters on earth, The Shogunate is also incredibly passionate on their decision of the best classic record. The fanbase always seems to be resoundingly split on three albums when it comes to speaking of 'the best': Ascendancy, Shogun, and In Waves.

"In Waves is an album where Trivium embarked on a journey to a new world of sounds, textures, feelings, and visuals. In Waves was the moment where Trivium finally, truly realized everything of its visuals.

"The In Waves album changed the course of history for Trivium, and its influence and impact is vastly apparent in the current modern metal scene."

The second livestream will be entitled "Deadmen & Dragons" and will be taking place on Saturday, December 18. It will also feature Fit For an Autopsy as the pre-show.

Paolo Gregoletto explained the focus of this show, "Deadmen & Dragons is the celebration of the last two years - two albums, The Hangar, the Metal Tour of the Year, and of course A Light Or A Distant Mirror.

"The moment we knew that touring was off the table in 2020, we shifted focus back to the creative process. This stream is the closing of this unexpected chapter of Trivium and the beginning of a new one full of many exciting possibilities with The Hangar."

They are offering a Cyber Monday special on tickets for both shows here.