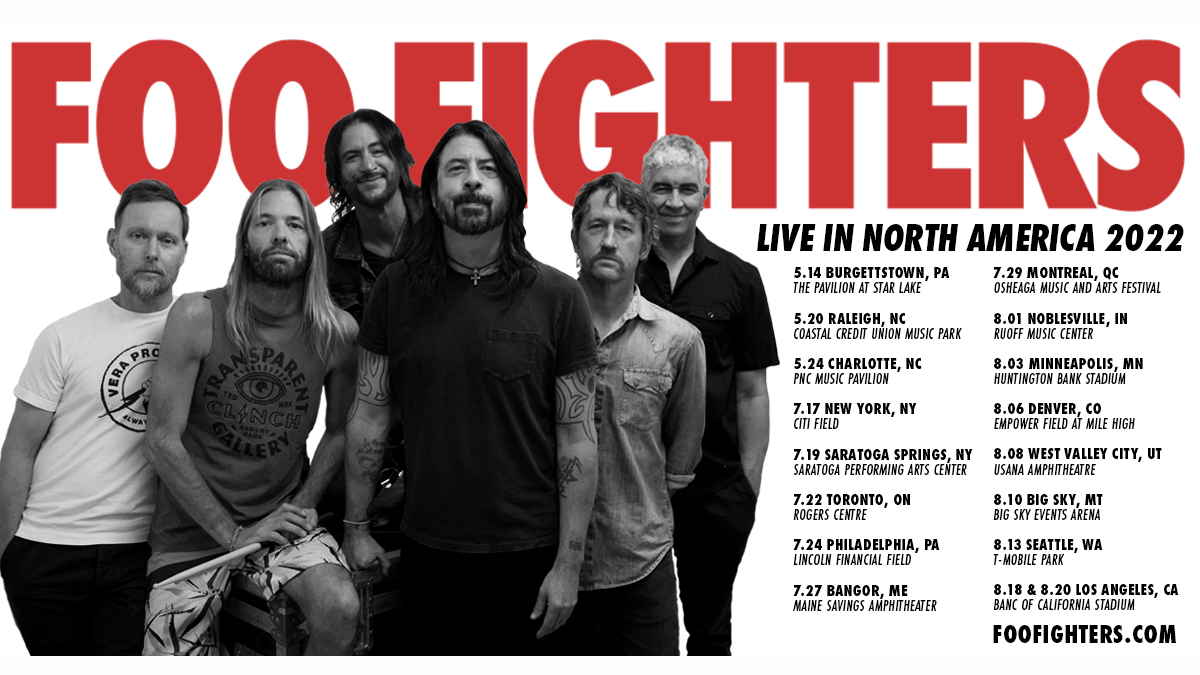 The Foo Fighters have announced that they will be launching a North American tour next year in support of their latest studio album, "Medicine At Midnight".

The 17-date trek will be a mix of amphitheater and stadium shows, as well as performances at some leading music festivals across the U.S. and Canada next May, July and August.

They will be kicking things off on May 14th at The Pavilion at Star Lake in Burgettstown, PA and will wrap up the trek on with a two night stand at the Banc of California Stadium in Los Angeles, CA on August 18th and 20th.

be giving the people a lot more of what they want in 2022. The band has confirmed 17 more marathon evenings of life-affirming rock communion, to take place at amphitheaters, stadiums and festivals across North America during May, July and August of next year.

Tickets for the just announced headline shows will be on sale to the public Friday, December 3rd at 10am local time.