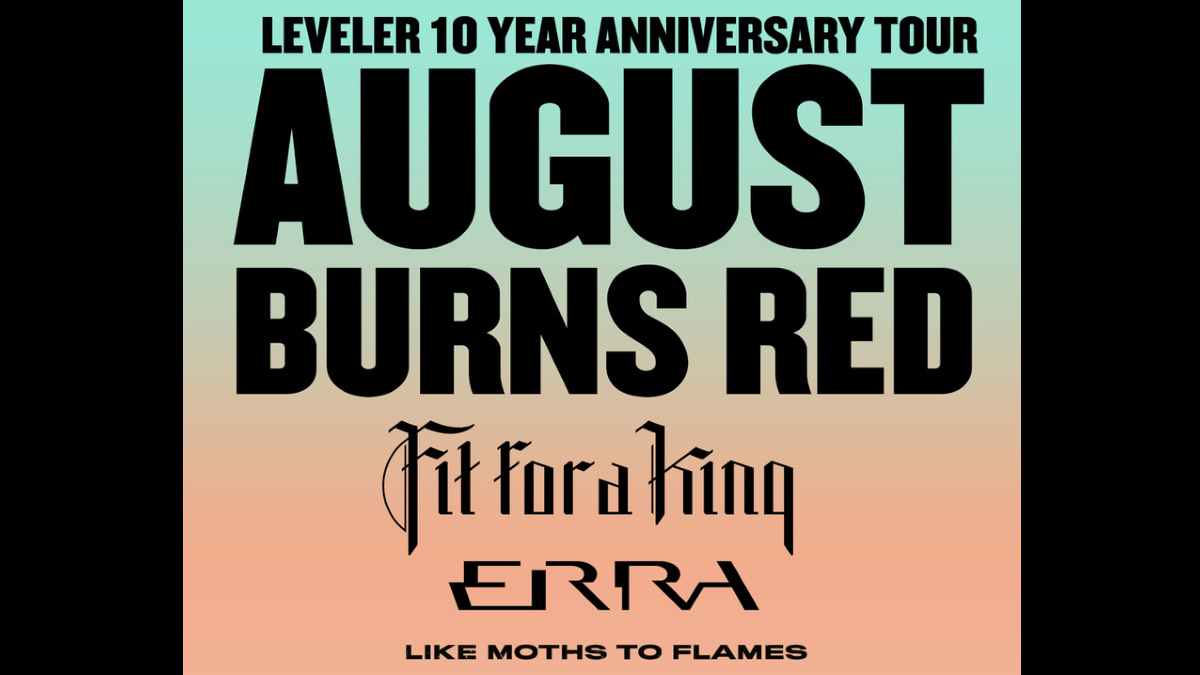 August Burns Red have announced that they have been forced to postpone some of the shows on their current tour after multiple members of their touring crew tested positive for Covid-19.

The band is currently on the road for their Leveler 10 Year Anniversary Tour that also features Fit For A King, Erra, and Like Moths To Flames, which kicked off on September 9th in Philadelphia.

The band had this to say, "Due to multiple members of our touring party testing positive for COVID-19 we have been forced to postpone our upcoming shows in Dallas, Houston, San Antonio, Tempe, Anaheim, and LA.

"The rescheduled dates for these shows will happen before the end of the year and will be announced this coming week. All tickets will be honored and we can't wait to come back and see you!

"For those of you in upcoming cities not listed above, we will be performing as originally scheduled.

"We're so sorry for the change in plans. These past few weeks on the road have reminded us all how much we love playing music for you. We will be focusing on that feeling as we wait to get back out there. See you soon!"