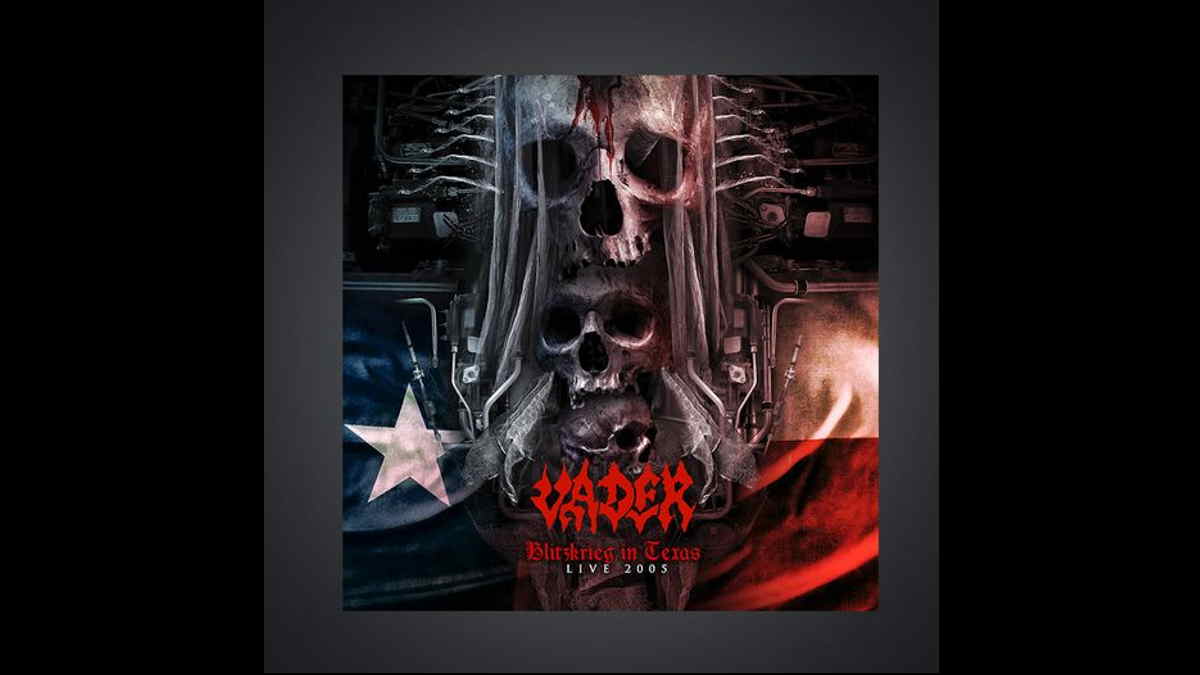 (Split Screen Management) Vader have announced the release that they will be releasing their live package, entitled "Blitzkrieg in Texas: Live 2005", in various formats on October 21st.

The band had this to say, "VADERMANIAX!! Good news for all of You today \m/ Following the idea of releasing Vader live recordings from the past, we proudly announce "Blitzkrieg in Texas: Live 2005"!! In cooperation with our official store we try to give You something more, than all those non-official bootlegs.

"A pearl for the collectors and nice documentary for the Fans. The Digipack CD version will be available on October 21st in Vader-Store . Beautiful vinyl edition will be out in February 2022."

Piotr 'Peter' Wiwczarek added, "As a Fan I always loved to listen live recordings from the past and I am crazy collector of bootlegs. Even if the sound was sometimes really bad, there is no other records with so honest and real atmosphere of Metal show. It was and it is to me best Metal documentary ever!.

"The show in San Antonio in Texas back in 2005 was part of our Blitzkrieg 3 USA tour. We were sharing stages with our Friends from Decapitated, Dew-sentenced and Abigail Williams.

"Daray joined the band on drums a while before and we were right after recordings of the EP The Art of War, which was out soon after the tour. That was when all Fans in USA could hear new Vader songs for the first time. And we still had some of The Beast songs on the setlist as well. After a really hard times Vader started to rise up out of the deep."

'Blitzkrieg in Texas: Live 2005' will be available Digi Pack version (500 pieces limit). Vinyl edition will be out in February 2022 (more details ASAP). Furthermore, there will be THREE color versions, each in 100 pcs limited edition. Cassette (100 pcs limit) should be available at the end of October.