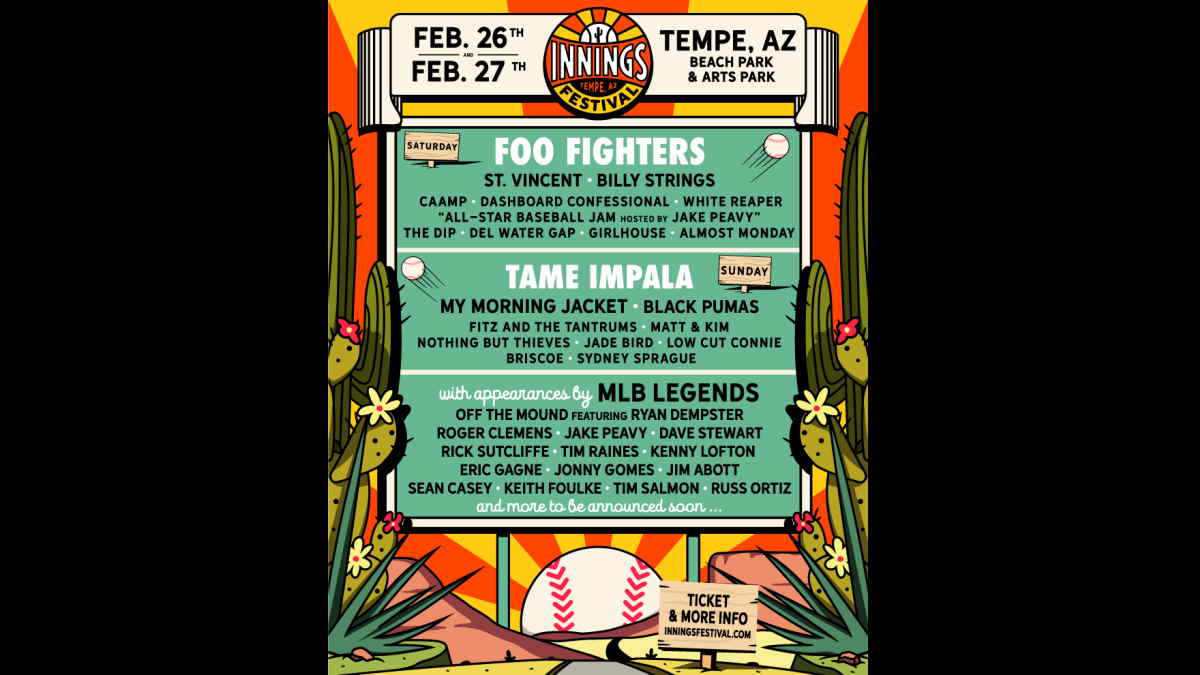 The Foo Fighters and Tame Impala have been tapped to headline the fourth annual Innings Festival, which will be taking place on February 26th and 27th at the Beach and Arts Park in Tempe, AZ.

They lead the lineup of the two-day festival that will feature 20 bands on 2 stages, including My Morning Jacket, St. Vincent, Billy Strings. Black Pumas, Caamp, Fitz and the Tantrums, Dashboard Confessional and more.

There will also be numerous appearances by Major League Baseball icons including Roger Clemens, Jake Peavy, Dave Stewart, Rick Sutcliffe and more, as well as the return of Off the Mound with Ryan Dempster, an on-site talk show featuring MLB players and musicians on the lineup.