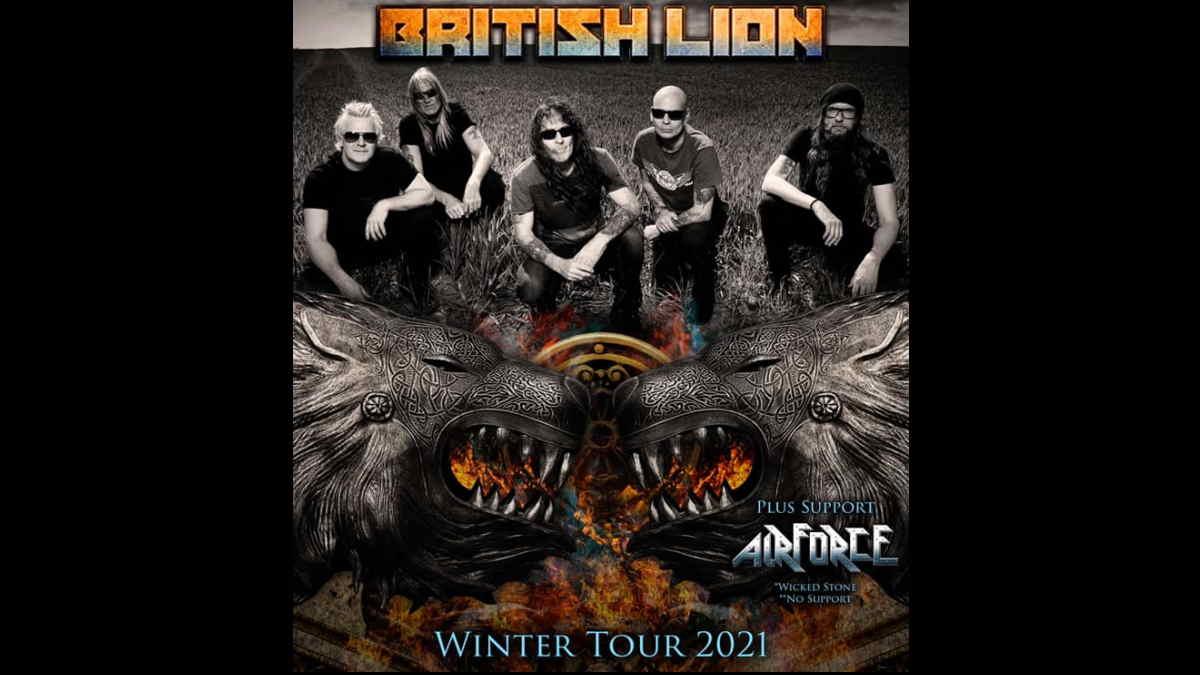 Iron Maiden founder Steve Harris' side band British Lion have announced that they will be launching UK headline tour of clubs and pubs next month.

The "Winter Tour" is set to kick off at The Crown in Hornchurch on November 18th and will wrap up on December 8th in Colchester at the Arts Centre.

Airforce have been recruited to support on most of the dates on the tour except in London at the Underworld (no support) and in Dover at Booking Hall, where Wicked Stone will be opening.

The band's camp had this to say, "British Lion would like to thank their agent for the exceptional work in putting together this tour at such short notice and are delighted that they will be able to play some shows this year.

"As the band hasn't performed a headline tour in the UK since 2019, these dates will be the first opportunity for fans to see them playing tracks from their second album The Burning released by Warner Music (and by Explorer1 Music in the US) in January 2020."