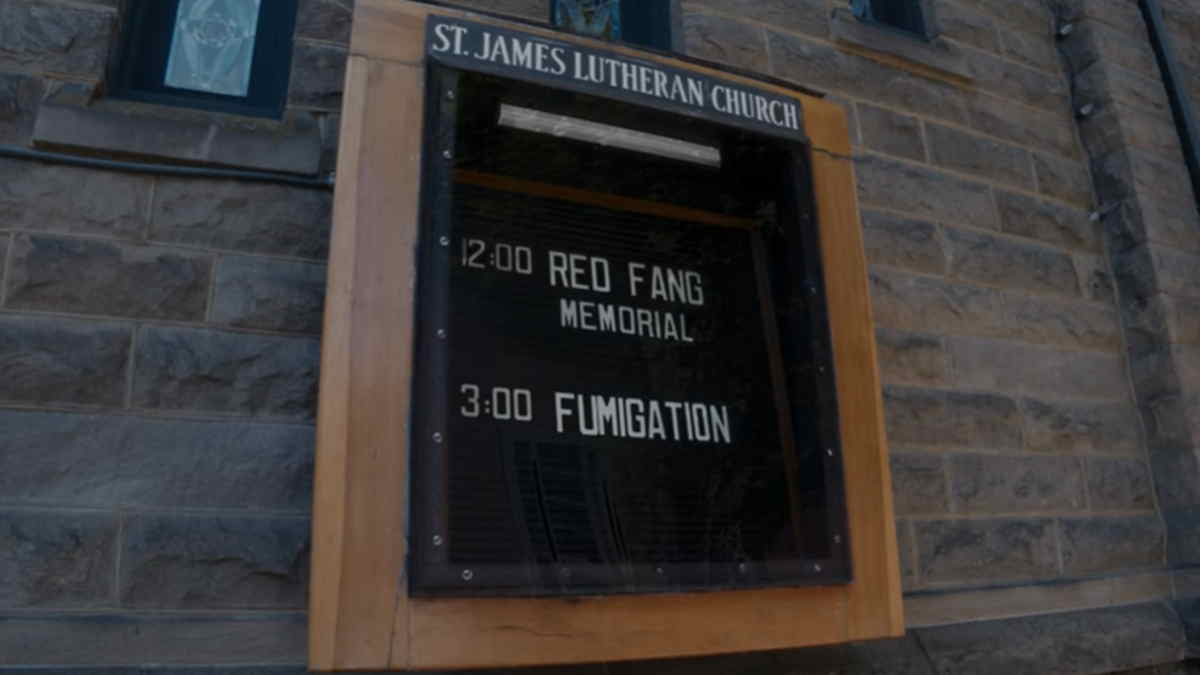 Just in time for Halloween, Red Fang host their own funeral for their brand new music video for their track, "Rabbit In Hives", and invited some of their famous music friends to join in their demise.

They once again teamed up with director Ansel Wallenfang for the clip, who documented the sad story of pizza parlor mascot Arnie Von Party for the band's "Why?" video.

Bryan Giles had this to say about the new clip, "When I showed up at the funeral shoot I had no idea that all of these rock luminaries from the Pacific Northwest would be lavishing such heartfelt praise on the corpse of our band. It was an honor to say the least. It's nice to know that when our number is up we will be missed!"