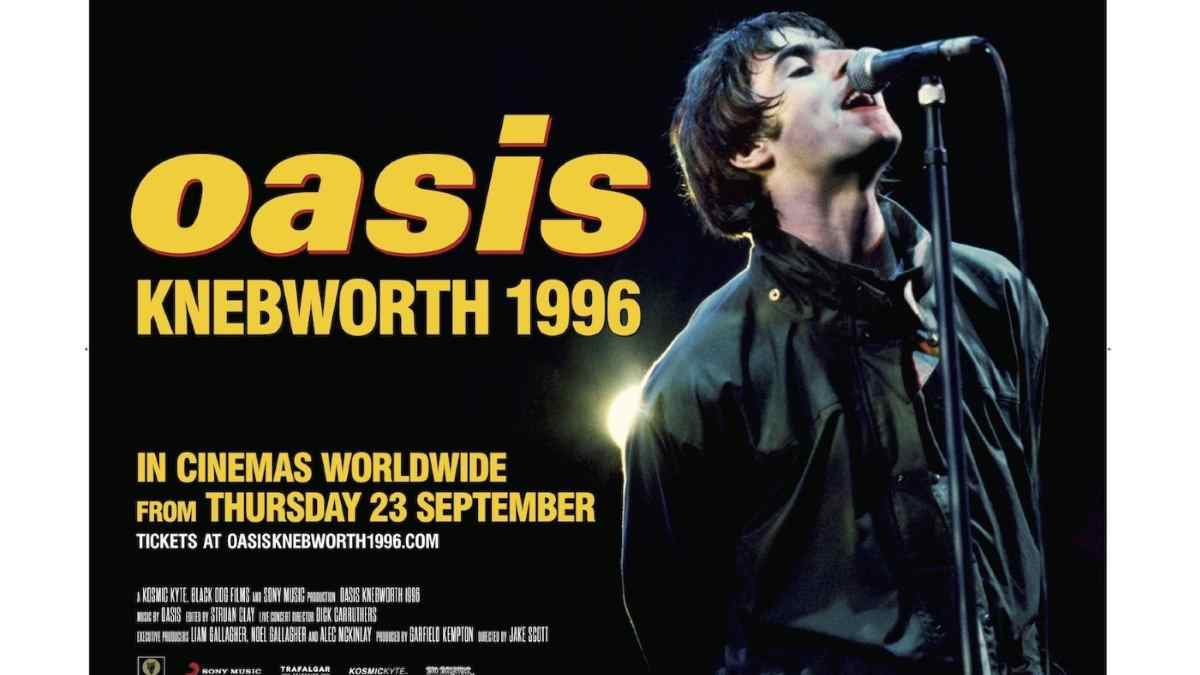 (hennemusic) Oasis are streaming video of a performance of their 1994 classic, "Live Forever", as preview to their upcoming concert film, "Oasis Knebworth 1996."

The clip featuring the third single from the band's debut album, "Definitely Maybe", is rounded out with commentary by Noel Gallagher, who explains the moment he knew the song would one day be recognized as an essential Oasis track.

"We were a pretty decent band the night before I wrote 'Live Forever' but it was indie music," says the guitarist. "The day after I wrote 'Live Forever,' we were gonna be the biggest band in the world. I knew it. If Oasis were my band, that was my song. It's just everything: The words, the melody, and then the small sharp guitar solo."

Directed by Jake Scott, the documentary captures the band in concert over a pair of summertime concerts at the UK venue where Oasis performed before 125,000 fans each night; the events saw more than 2.5 million fans apply for access, setting a record for the largest-ever demand for concert tickets in British history.
"Oasis Knebworth 1996" will begin screening in cinemas around the world on September 23 via Trafalgar Releasing; for tickets and more details, visit oasisknebworth1996.com.

A special live album and DVD/Blu-ray, also titled "Oasis Knebworth 1996", will be released on November 19.

The live album formats include 2CD, and triple LP on heavyweight vinyl with the digital version of the album featuring HD audio. The DVD will be released as a triple disc set including the "Oasis Knebworth 1996" cinematic documentary plus both nights of the live concert in full, with the Blu-ray in single disc format.

Limited edition formats include the 2CD with DVD of the cinematic documentary, plus a Super Deluxe Box Set including the triple LP, 2CD and triple DVD plus replicas of the original gig memorabilia, available exclusively from the band's online store. Watch the 'Live Forever' video and trailer here.