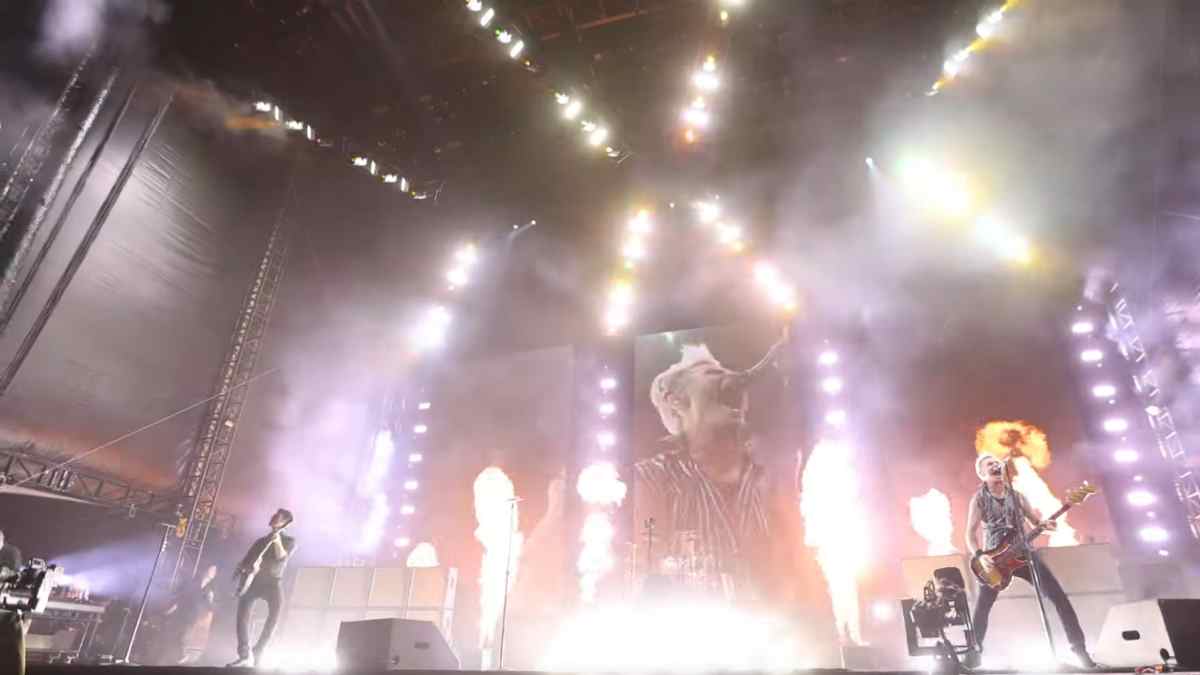 (hennemusic) Green Day are sharing a live video of their cover of the 1975 KISS classic, "Rock And Roll All Nite", from the recently-completed North American leg of the band's Hella Mega Tour.

"Even though the Hella Mega Tour is over (for now)," says the group, "we want to keep partying every day which is why we're dropping our live version of "Rock and Roll All Nite" right here, right now!!"

Green Day were on the road with Fall Out Boy and Weezer for the US stadium series, which opened in Dallas, TX on July 24 and wrapped up in Seattle, WA on September 6.

The California band will next be seen on September 18 when they headline the second night of the Life Is Beautiful Music & Art Festival in Las Vegas, NV. Watch the video here.

Green Day To Deliver The BBC Sessions Album In December