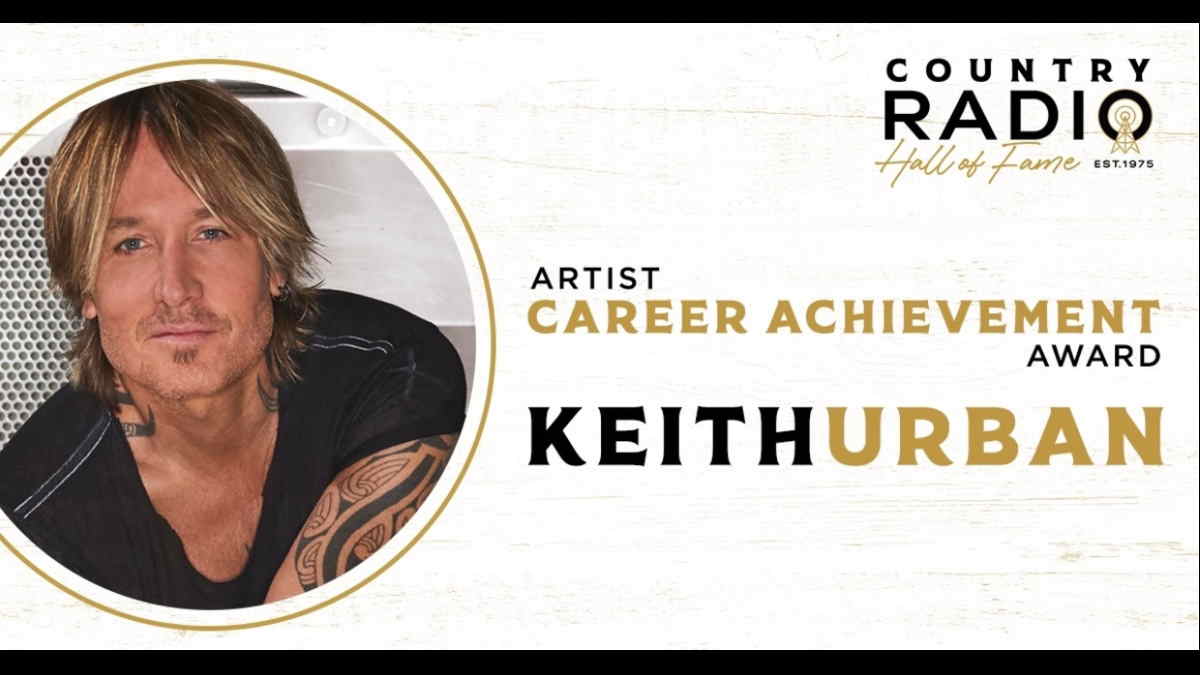 Keith Urban is set to be honored with the 2021 CRB Artist Career Achievement Award during the Country Radio Hall of Fame Induction Dinner and Awards Ceremony next month.

CRB/CRS Board President, Kurt Johnson, had this to say, "Only a very select group of artists ascends to the level of this award. They do it by combining years of uncompromised brilliant performance with sustained success.

"As Keith continues to reach new creative heights every year, let's pause to celebrate him. Be there October 13 when we recognize him for all he has achieved...so far. It will be an unforgettable moment."

Universal Music Group Nashville Chairman and CEO Mike Dungan will present Urban with the award during the event on October 13 at The Westin in Nashville, Tenn.