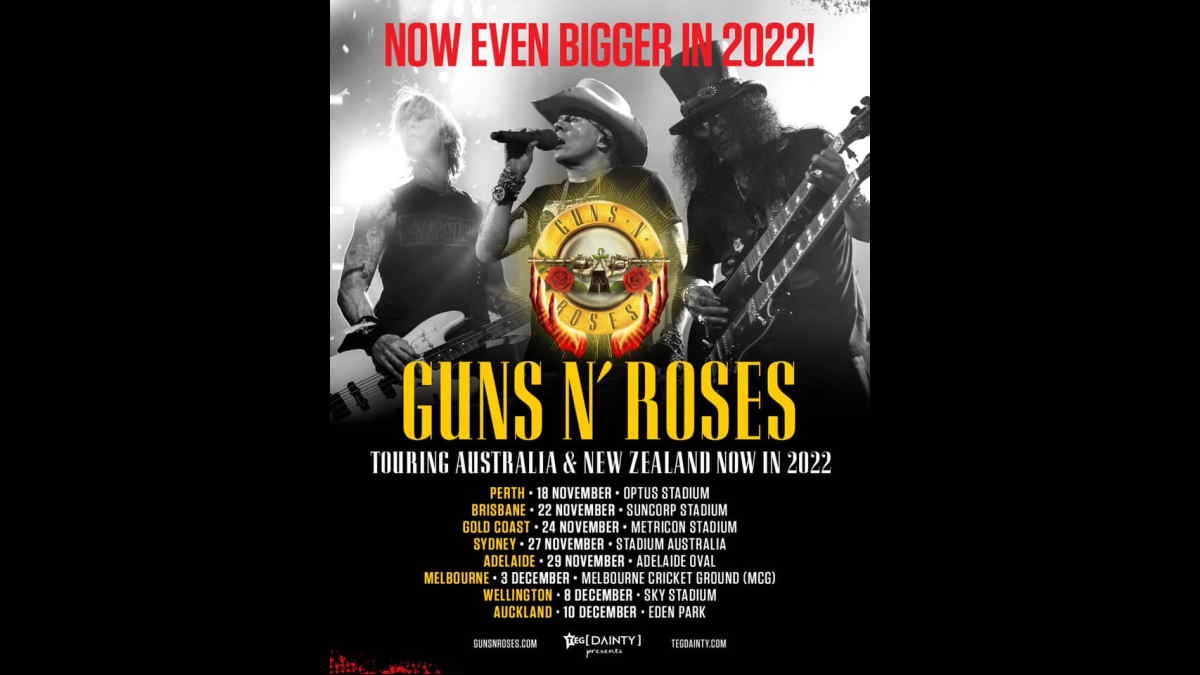 Guns N' Roses have announced that they have been forced to postpone the Australian and New Zealand leg of their current tour due to the current Covid-19 lockdown restrictions.

The trek will now be taking place in November and December of next year. The planned first show for the band at New Zealand's South Island has been cancelled, and a new show has been added in Auckland.

Tour promoter Paul Dainty had this to say, "Despite our best efforts and working with the relevant authorities in New Zealand and Australia it recently became clear that we could not proceed in 2021 due to COVIDS's resurgence," says .

"Re-scheduling what is likely to be the biggest stadium rock tour of next year does take some time and I'm delighted that the stars have now aligned. Guns N' Roses are one of the greatest bands of all time and we're going to make a little bit of history and be back bigger and better in Summer 2022." See the new dates below: