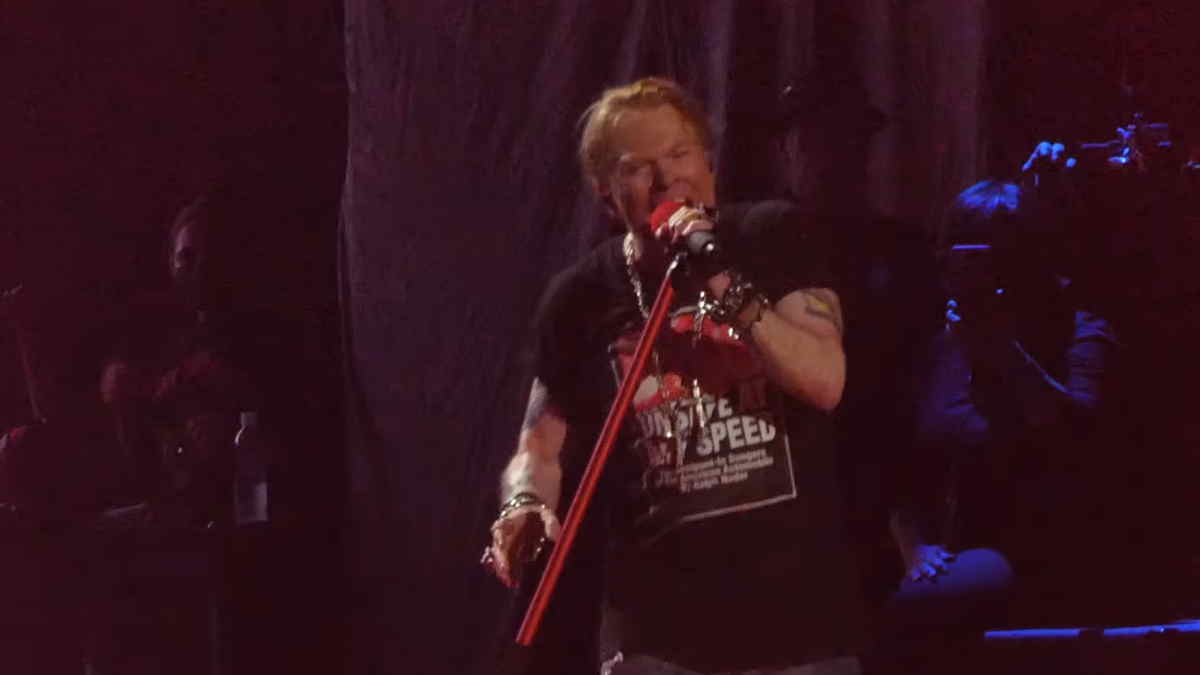 (hennemusic) Guns N' Roses performed the live debut of their newly-released single, "Hard Skool", during a September 26 concert in Baltimore, MD, and fan-filmed video from the show has surfaced online.

"This is something about lower education," Axl Rose told the crowd at the city's Royal Farms Arena before the group launched into the song, which dates back to sessions for 2008's "Chinese Democracy."

Reported to be originally known under the working title "Jackie Chan", short clips of the track surfaced online during the album's recording, and a full version was leaked in 2019 in advance of the official release.

Guns N' Roses will issue an EP entitled "Hard Skool" on February 25, 2022; available exclusively via the band's online store, the four-song project will includes the newly-released title track, the standalone single, "Absurd", and live versions of "Don't Cry" and "You're Crazy."
The group will perform in Raleigh, NC on September 29 before wrapping up their current US tour with two shows at the Hard Rock Live Arena in Hollywood, FL this weekend. Check out fan filmed video here.