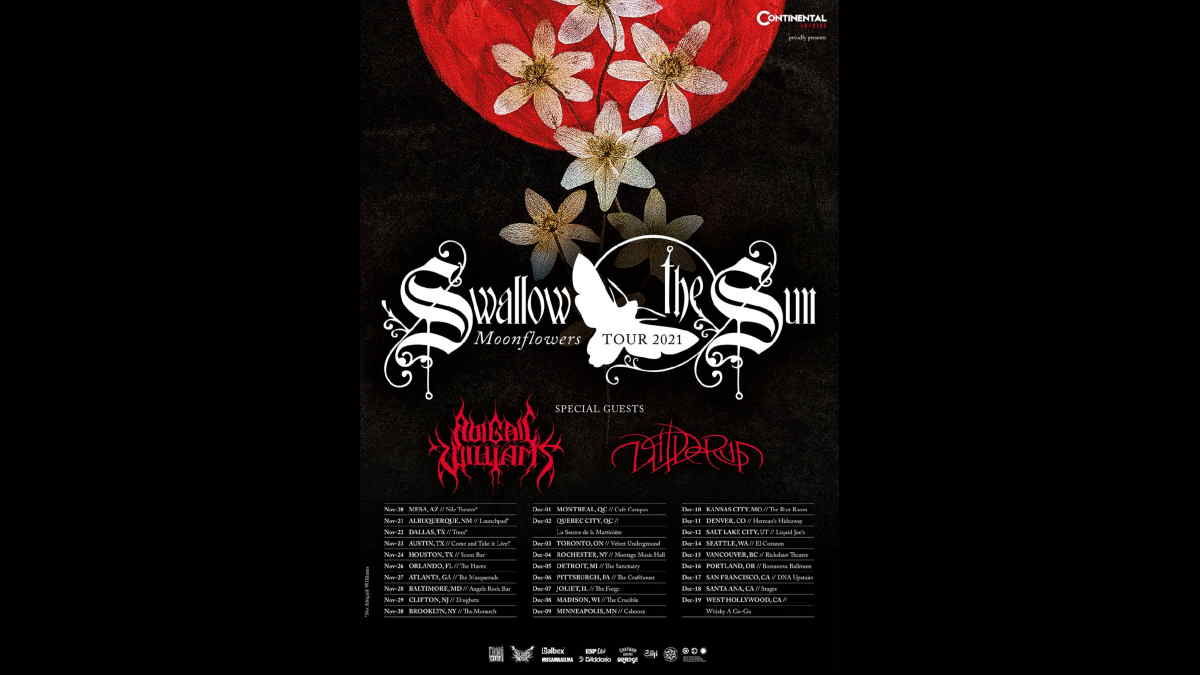 Swallow The Sun will be celebrating their new album by hitting the road for their Moonflowers Tour 2021 that will feature support from Abigail Williams and Wilderun.

The band is releasing their new album "Moonflowers" on November 19th and the next night they will kick off the supporting tour in Mesa, AZ at the Nile Theater.

Wilderun will be along for the full trek, which wraps up on December 19th in West Hollywood, CA at the famed Whiskey A Go-Go. Abigail Willams will join the tour on November 24th in Houston, TX. See the dates below: