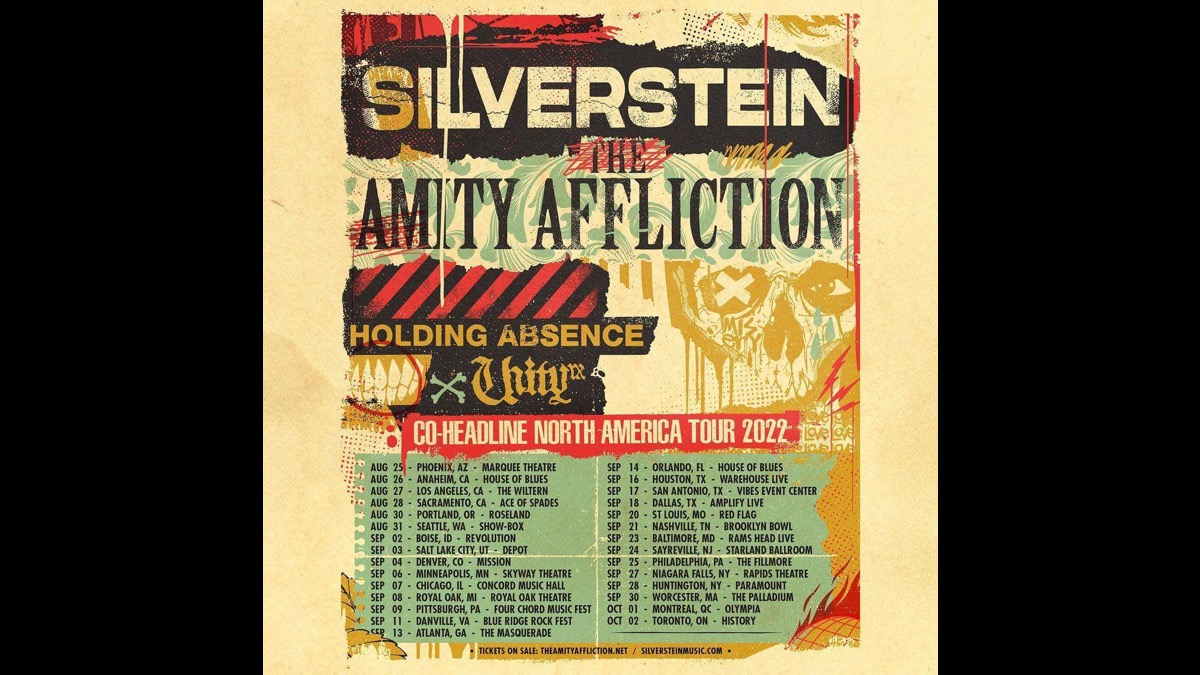 Silverstein are gearing up to return to the road later this month to launch a North American coheadline tour with The Amity Affliction, that will feature support from Holding Absence and UnityTX.

The trek is scheduled to kick off next Thursday, August 25th in Phoenix, AZ at the Marquee Theatre and will wrap up with a hometown show in Toronto on Sunday, October 2nd at History.

The band will be visiting over 25 cities across North America including stops in Los Angeles, CA, Chicago, IL, Atlanta, GA, Philadelphia, PA, Huntington, NY and will be touring to promote their latest studio album, "Misery Made Me." See the dates below: