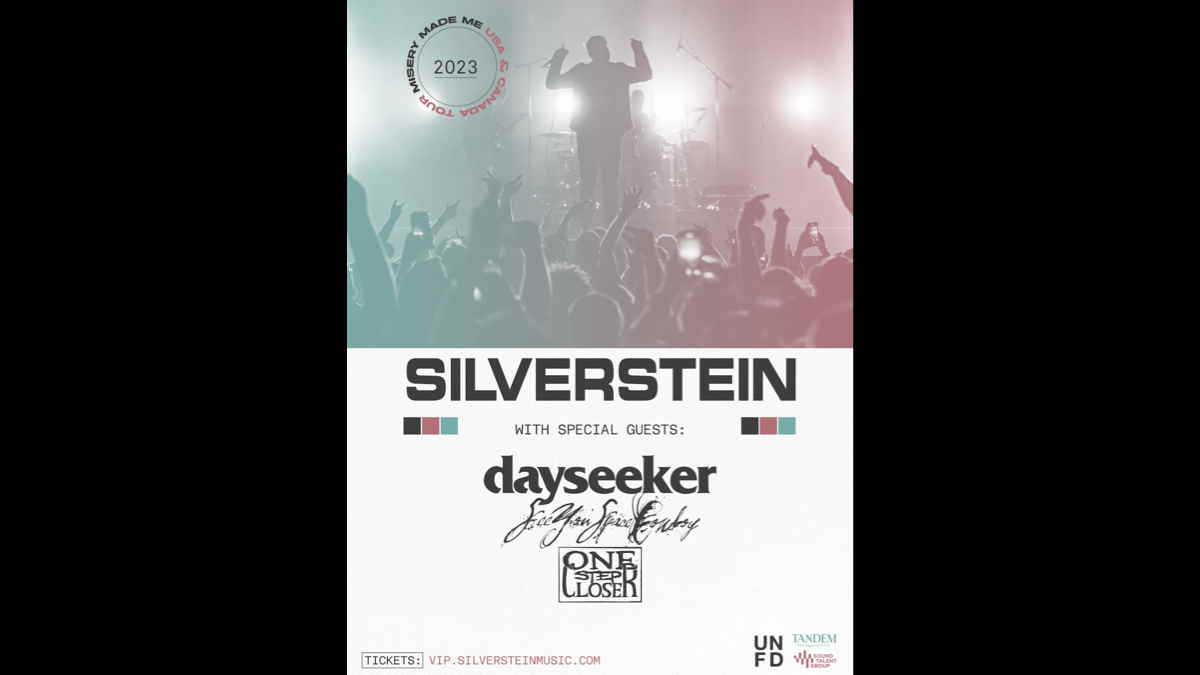 Silverstein have announced that they will be hitting the road next year for the Misery Made Me North American Tour that will feature special guests Dayseeker, Seeyouspacecowboy and One Step Closer.

The trek will visit over two dozen cities and is set to launch on March 23rd in Ottawa, ON at the Bronson and will conclude on May 7th in Grand Rapids, MI at The Intersection.

Tickets will be going on sale this Friday, December 9th at 10 AM local time and the band is launching the tour in support of their new album, "Misery Made Me."

"We're incredibly excited to come back to the US and Canada, with some awesome bands, rocking out in some cities we don't get a chance to play everyday!," shared the band. "We hand selected all the openers as they're truly the best artists doing it in their respective genres right now.

"Make sure you come early and stay late! It's an amazing lineup. Get ready to experience a set of new and old classics, with the best production we've ever had to compliment it. We are leaving it all on the stage this tour, with our most elaborate and intense performance ever."