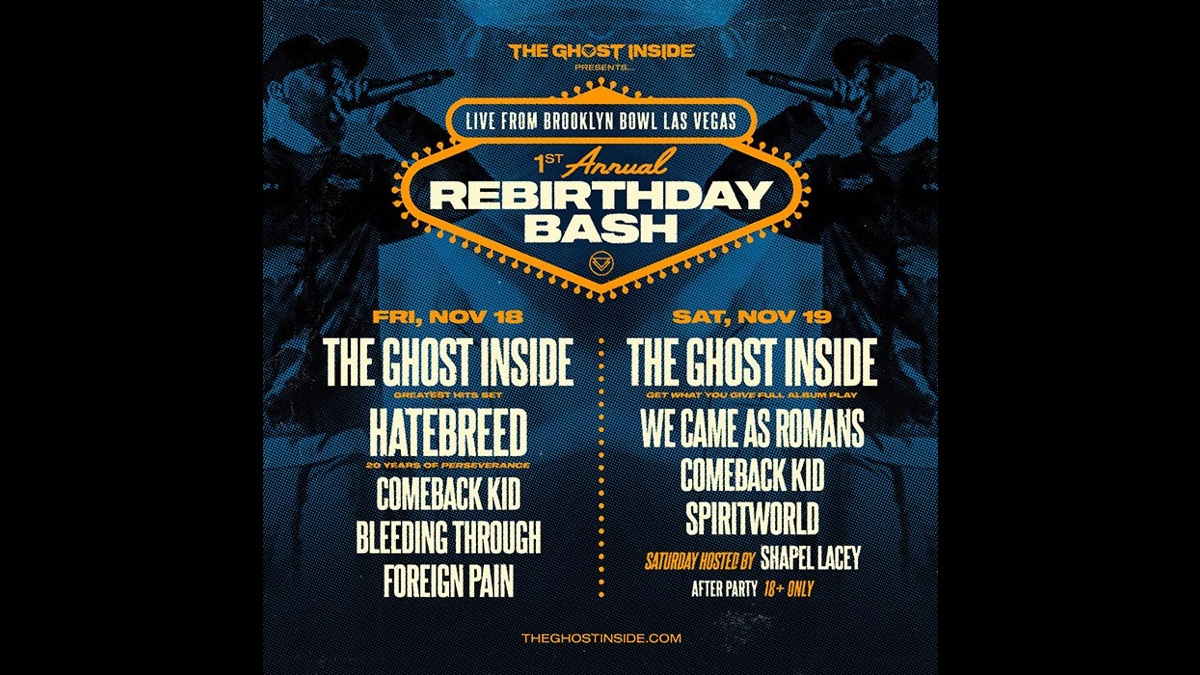 The Ghost Inside have announced their very first 'Rebirthday Bash' Festival in Las Vegas that will be taking place at the Brooklyn Bowl on November 18th and 19th.

They will be headline both nights of the festival with the first show featuring a set of their greatest hits, and the second one will feature a performance of their full 2012 album "Get What You Give" in its entirety.

The festival will also include performances from Hatebreed, Comeback Kid, Bleeding Through, We Came As Romans, Spirit World, and Foreign Plan, with an after party on Saturday.

The band had this to say, "We've dreamed of putting together an event like this for years, and we couldn't be more excited to bring you the first annual Rebirthday Bash!

"We will spend two nights in Las Vegas celebrating our second chance at life. We'll be joined on Night One by none other than the best to ever do it, Hatebreed, performing their iconic album 'Perseverance' in full.

"Night Two will feature a one time only 10 year anniversary performance of 'Get What You Give', hosted by Shapel Lacey.

"We'll be joined BOTH nights by our friends Comeback Kid, as well as appearances by We Came As Romans, Bleeding Through, Foreign Pain, and Spirit World. We have tons of fun planned for the weekend and can't wait to share it with you!"