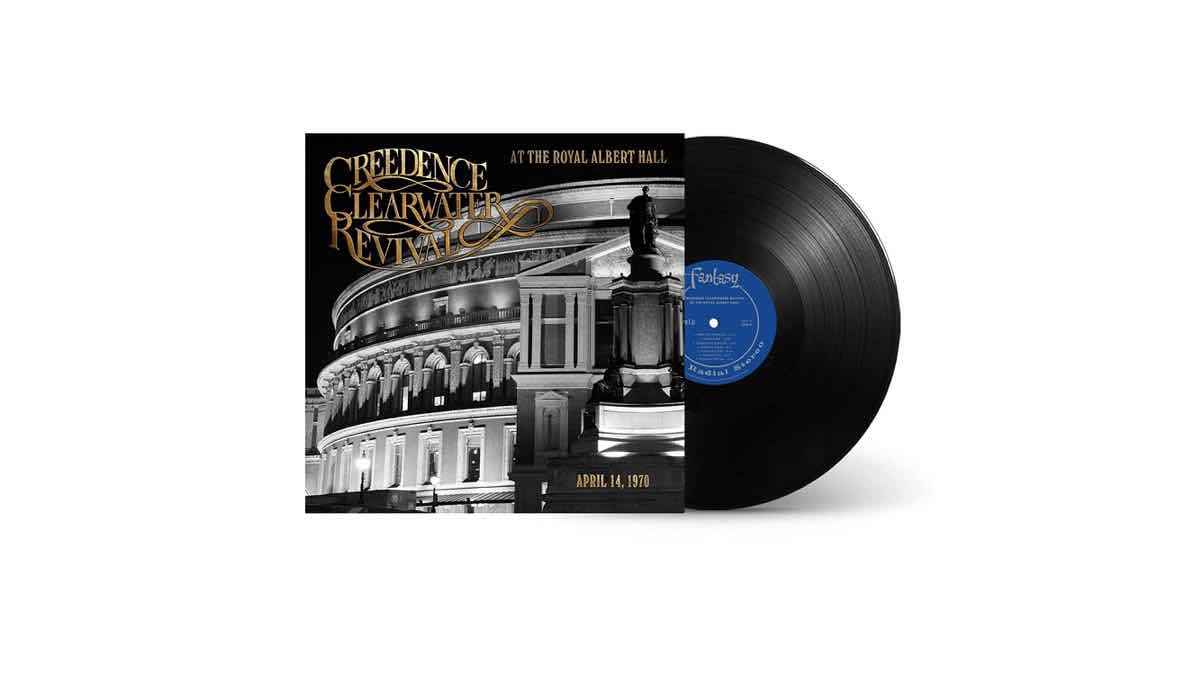 (hennemusic) Creedence Clearwater Revival are sharing video of a Royal Albert Hall performance of "Fortunate Son" as the latest preview to a pair of projects detailing their 1970 show at iconic London venue.

The April 14, 1970 event saw CCR deliver hit after hit from three studio albums issued in less than a year: "Bayou Country", "Green River" and "Willie And The Poor Boys", and their self-titled 1968 debut.

Due September 16, "Creedence Clearwater Revival at the Royal Albert Hall" presents audio of the full concert. After spending roughly 50 years in storage, the original multitrack tapes were meticulously restored and mixed by the team of producer Giles Martin and engineer Sam Okell.

The concert will be available in multiple formats, including 180-gram vinyl, CD, cassette tape, and via digital platforms including in hi-res and Dolby® ATMOS immersive audio formats.

The live recording will be released simultaneously alongside the documentary concert feature film, "Travelin' Band: Creedence Clearwater Revival at the Royal Albert Hall."