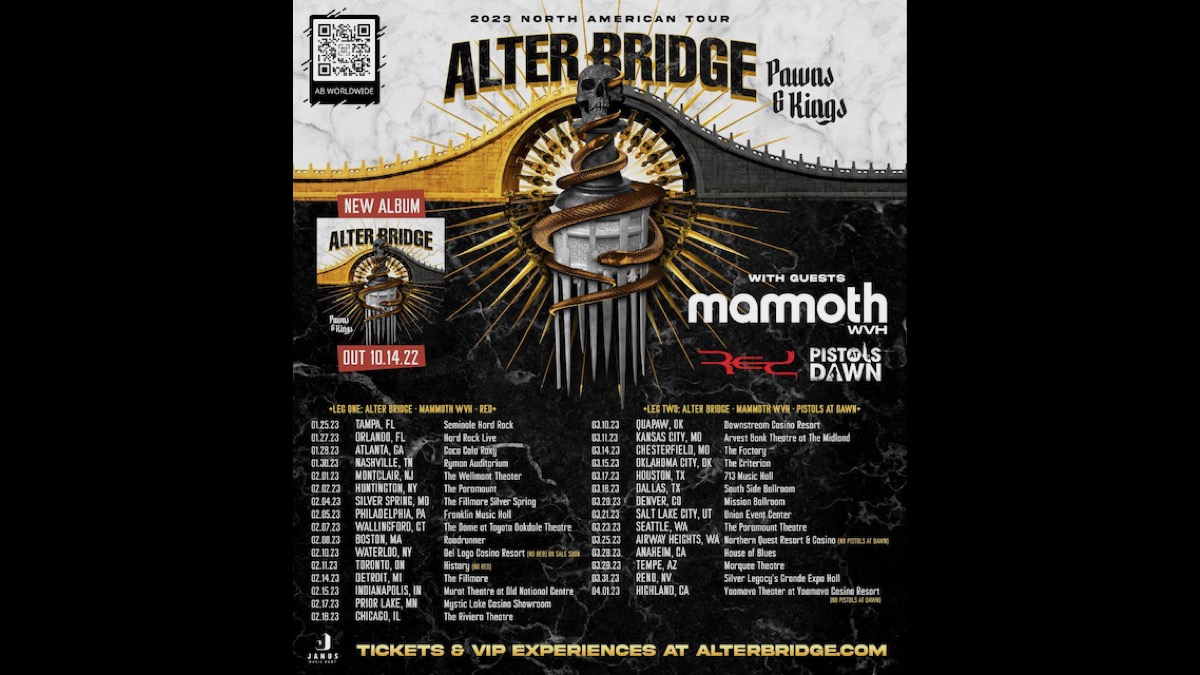 Alter Bridge have announced that they will be launching a massive two-legged North American tour early next year that will feature Wolfgang Van Halen's Mammoth WVH as direct support.

The band will be launching the trek in support of their forthcoming album, "Pawns & Kings" and have tapped Rockers Red to support for the first leg and Pistols At Dawn to take over that slot on the second leg.

The first leg is scheduled to kick off on January 25th in Tampa, FL at the Seminole Hard Rock and will run until February 18th in Chicago, IL at The Riviera Theatre.

The second leg will be launched on March 10th in Quapaw, OK at the Downstream Casino Resort and will wrap up on April 1st in Highland, CA at the Yaamava Theater At Yaamava Casino Resort.

On the heels of their seventh studio album, Pawns & Kings, Alter Bridge are announcing the North American run of their 2023 Pawns & Kings Tour. The 30-city tour - split into two legs - kicks off on January 25 in Tampa, FL and wraps up April 1 in Highland, CA, making stops in Nashville, TN (January 30); Toronto, ON (February 11); Kansas City, MO (March 11) and Seattle, WA (March 23) to name a few markets.