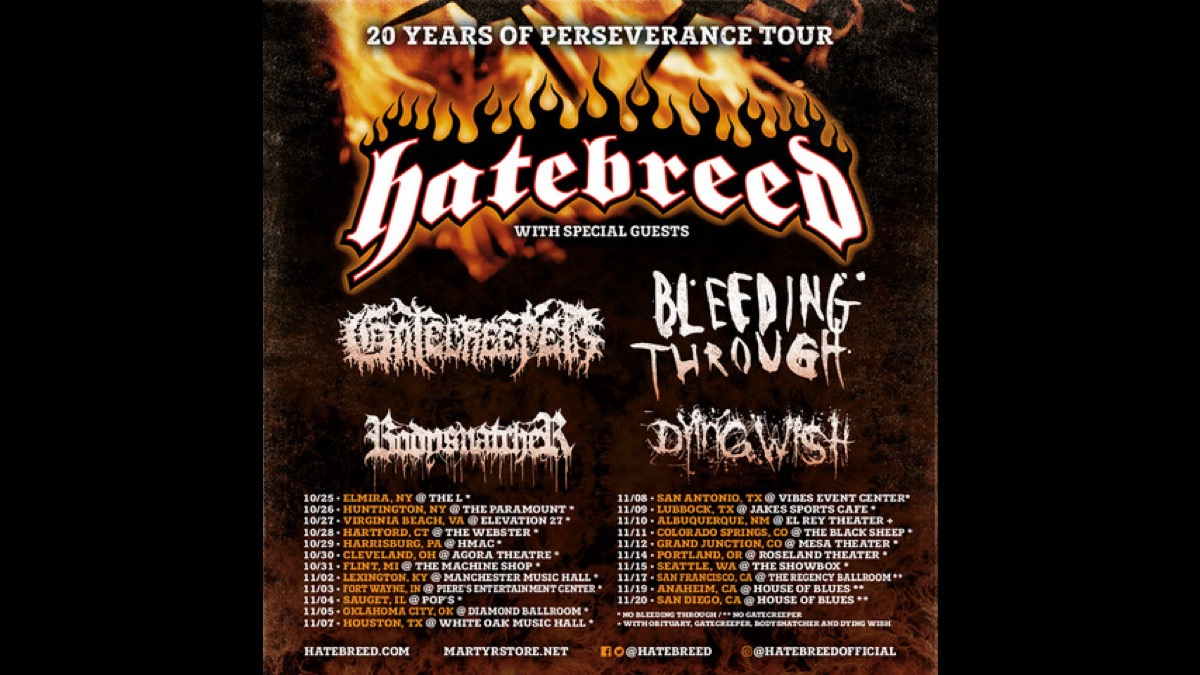 Hatebreed have expanded their 20 Years Of Perseverance Tour, adding several new stops to their special headline tour celebrating the 20th anniversary of their classic "Perseverance" album.

The trek is now scheduled to kick off on October 25th in Elmira, NY at the L and is set to set wrap up on November 20th in San Diego, CA at the House of Blues.

Frontman Jamey Jasta had this to say, "I can't believe it's been 20 years since the Perseverance album hit. We're overdue for a headline tour so these shows will be ones for the ages. Show up early and support the great line up of sick bands!"