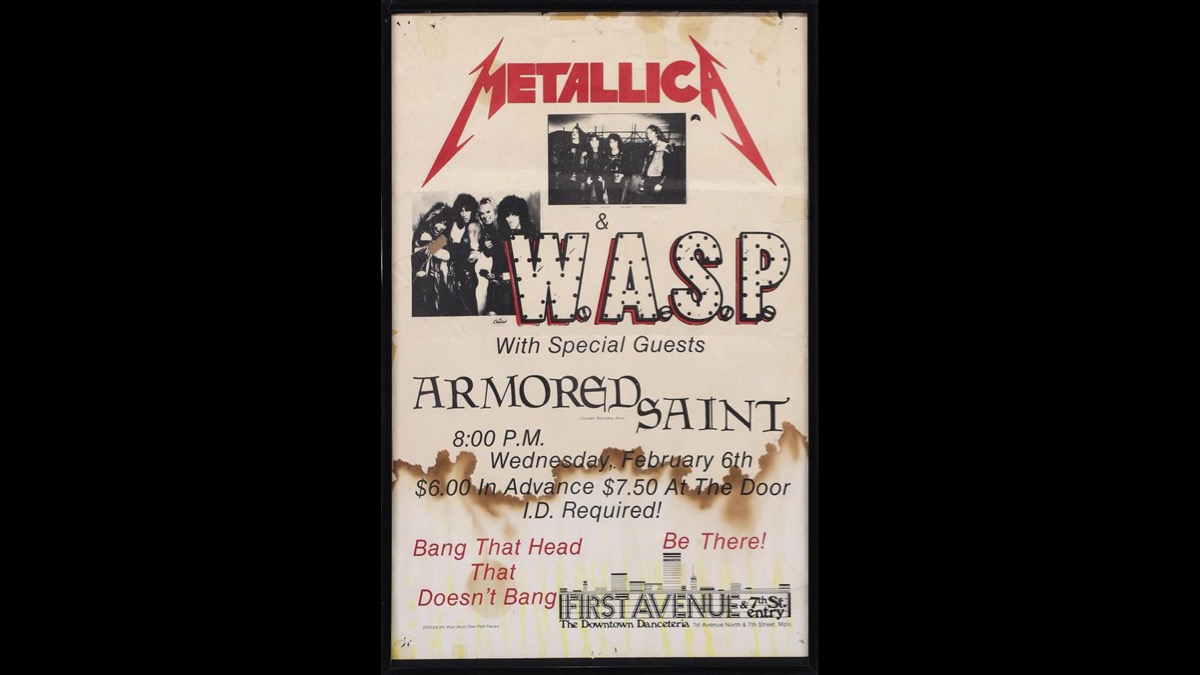 (Adrenaline) Backstage Auctions, Inc. is honored to present The Jon & Marsha Zazula Private Collection memorabilia auction. The Zazulas, who are inducted in the Hall of Heavy Metal History, founded Megaforce Records and cemented their position as the de-facto music label in America for heavy metal. From their humble beginnings at the Indoor Market along Route 18 in East Brunswick, New Jersey to their global recognition, awards and various inductions, the "Z's" were trailblazers in the metal arena. This auction is a celebration of the life and careers of Jon and Marsha Zazula.

Lauded with accolades, the Zazulas left the world with an indelible imprint of fierce independence and the introduction of genre-defining music. They believed in a little band from San Francisco by the name of Metallica and helped them become the biggest Heavy-Metal band in the world. They opened the doors for Thrash-Metal and delivered Anthrax, Overkill, Anvil, and Testament. They introduced the American market to the New Wave of British Heavy-Metal by means of Venom and Raven. And if that wasn't monumental enough, they established a flourishing record company - Megaforce Worldwide - and a strong management operation - Crazed Management.

The Zazulas were at the forefront of crossover genres, blending metal with industrial sounds (Ministry), funk (King's X / Mind Funk), punk (M.O.D. / S.O.D.) and grunge (Nudeswirl). They worked with established artists on the next chapter in their careers, such as Ace Frehley and Blue Cheer, ventured out with up-and-coming talent such as Warren Haynes and Bif Naked. Through it all, they remained "The Z's", passionate, dedicated, loyal and above all, approachable.

The Zazula estate has made available a selection of mementos from the private collection of Jon and Marsha. Included are rare photos, concert posters and handbills, promotional items, t-shirts and jackets, record awards, backstage passes and personal mementos from the likes of Metallica, Anthrax, Ace Frehley, Venom, Raven, Ministry, Anvil and more. Further are collectibles from Jon and Marshas famous record store "Rockn' Roll Heaven", Megaforce Records and even the Old Bridge Militia. Being kids from the sixties, the auction also features Grateful Dead memorabilia and vintage concert posters, as well as an impressive collection from the animated dark fantasy musical "Nightmare Before Christmas".

Among the many highlights are the following "not to be missed" pieces of music history; the original Anthrax 'Not Man' head, early-day Metallica concert tickets and flyers, the key to Metallica's stolen truck (!), Mercyful Fate's Melissa master reels, Jonny Z's bass used to record Ministry's "Psalm 69" album, original Nudeswirl album cover painting, metal sculptures of Jack Skellington and Sally Seamstress, and a selection of guitars and amps owned and used by Jon Zazula. Check it out here.