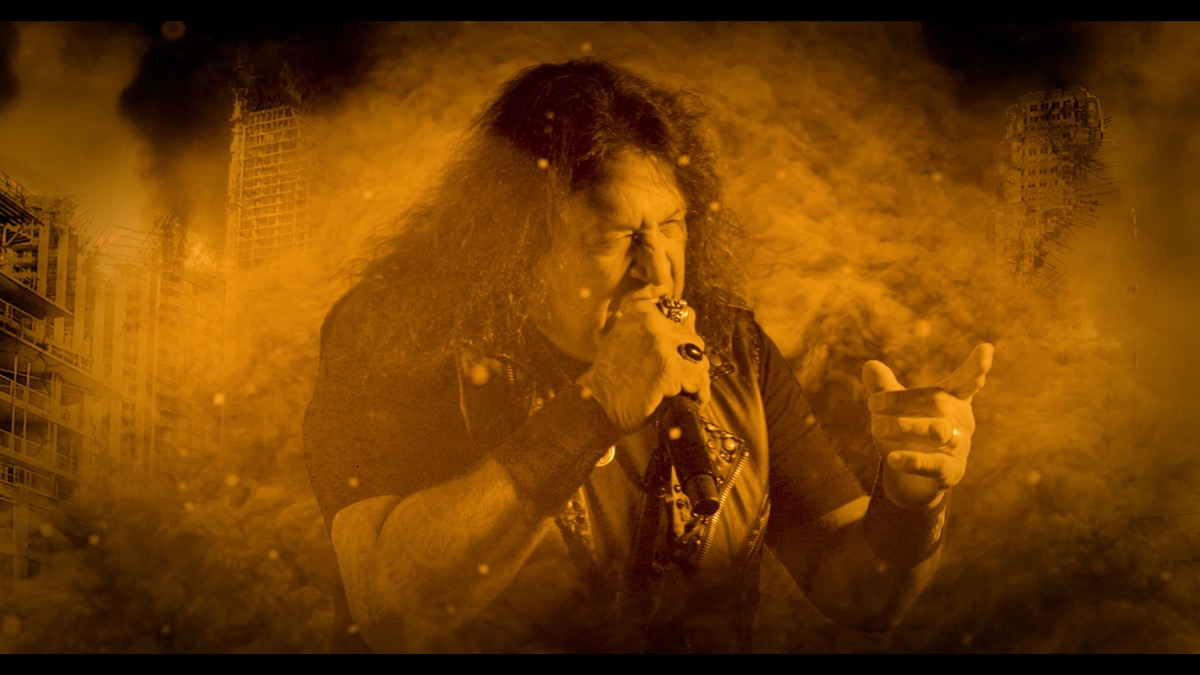 (Nuclear Blast) Bay area thrash metal icons Testament have released a music video for the track 'WWIII' to celebrate the release of their "Titans Of Creation Video Album".

The limited-edition collectible features performance videos of all the tracks on their thirteenth studio album, Titans Of Creation, which arrived back in 2020.

The footage was compiled at a soundstage in San Francisco, and was edited into music video-style clips, now available on Blu-Ray accompanying the CD with bonus photos and liner notes, plus a button and sticker in a longbox. Staying true to the record, the performances feature Gene Hoglan behind the kit! This version is limited to 6,500 units worldwide.

Chuck Billy comments, "I am very excited for the release of our WW3 video. This song is really relevant for what is going on in this crazy world we live in. When the song was written it was based on a future that I wished would never happen. Today I feel anything is possible." Watch the video below: