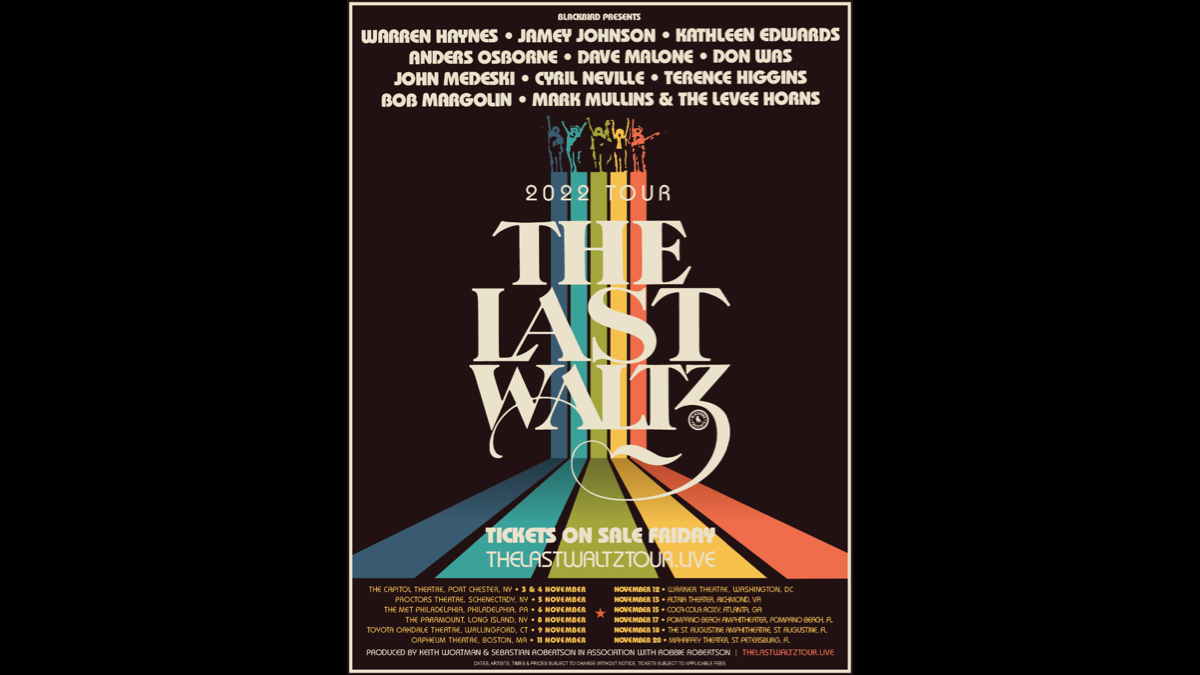 (EBM) Robbie Robertson, Sebastian Robertson, and Keith Wortman of Blackbird Presents are thrilled to announce The Last Waltz Tour 2022. This epic tour continues the tradition of capturing the excitement of The Band's historic 1976 Thanksgiving concert at the famed Winterland Ballroom in San Francisco, hailed as the greatest concert of all time.

The multi-city tour kicks off with two nights at the Capitol Theatre in Port Chester, New York, on November 3 and continues throughout the month, making stops at historic venues on the east coast. Tickets go on sale September 16, 2022, at 10 AM ET.

Over forty-five years ago, The Band performed their final concert to a sold-out crowd with a who's-who of music royalty in attendance. The evening culminated with "Don't Do It," The Band's cover of Marvin Gaye's "Baby Don't You Do It." After the last note, Robbie Robertson, The Bands' lead guitarist, songwriter, and a founding member said "Goodnight. Goodbye." walking off stage, forever immortalizing this epic event.

"It is such an honor that the musical celebration of The Last Waltz and The Band carries on today. Blackbird Presents and this extraordinary lineup of musicians makes me proud to be a part of this ongoing and wonderful tradition." says Robbie Robertson.

"We are counting down the days till we get to see this lineup, performing these songs, in the greatest music celebration of our lives," says Keith Wortman, Creator and Producer of The Last Waltz Tour franchise. "Seeing the audiences sing along to every word at every show as one family is what all of us music fans live for."