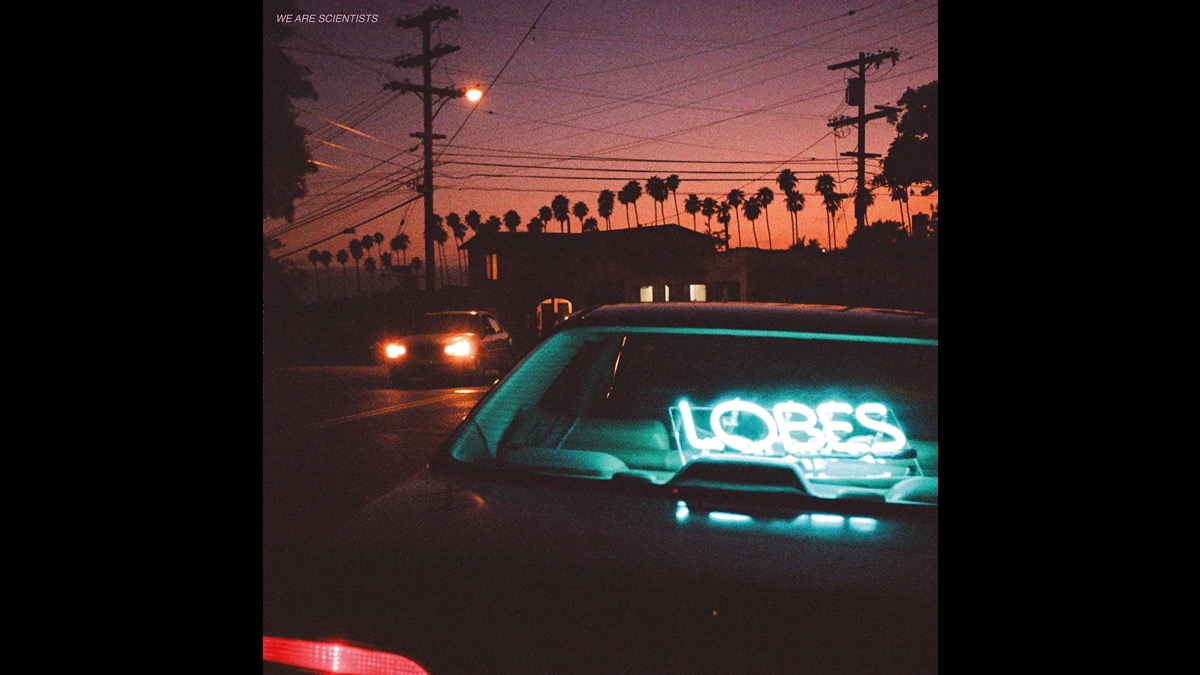 (Reybee) We Are Scientists announce details for their eighth official studio album, which will be entitled "Lobes", and is set to be released on January 20, 2023.

Keith Murray says the album's lead single "Operator Error" is the song that bridges Lobes with their previous album 2021's Huffy. "We consider Huffy our daytime record - it's an upbeat rock album designed to soundtrack jet ski rides to the Bahamas and pina colada in aquamarine-tiled jacuzzis.

"Our new album, Lobes, however, is our nighttime album. As the first song on the record, 'Operator Error' soundtracks that moment when you realize that all of those tiki cocktails you started drinking at 11:00am are going to give you a wicked hangover by sunset, and so your best bet is to just keep the party going, consequences be damned!"

The lyrics for Lobes were written over a stretch of two to three years as the songs themselves came to fruition. Though the origins of the first songs begin around the same time as Huffy, they exist in entirely different musical universes. "The earliest songs like "Operator Error" and "Dispense With Sentiment" reflect my standard level of overthinking everything and bungling romantic interactions, anxiety, and low-level disfunction," Murray says. Following those two previous songs, "Human Resources" came very early on in the writing process, and it became their compass for the rest of the album. "['Human Resources'] was the first song for which the synthesizer part was utterly fundamental, but while it's an unabashed electronic dance song, it's still got that touch of scrappy guitar that is elemental for We Are Scientists," he explains noting that the through-line that connects a punky song like "Operator Error" to a pop banger like "Turn It Up" is there in "Human Resources." "When we wrote it, I knew we had an album on our hands. It's the nucleus of the Lobes atom."

When Covid locked everything down, the two essentially shut themselves in their studio in midtown Manhattan for months to record Huffy. "The vibe in Midtown [Manhattan] was super unnerving then - it was the dead of winter, bleak as all get-out, and there wasn't a single person around for blocks," he remembers. Some of the darker songs on Lobes, like "Here Goes" and "Lucky Just to Be Here" were written toward the end of that weird period, whereas the most hopeful and exuberant songs (like "Turn It Up" and "Less From You") were written immediately after they finished post-production on Huffy. "We were so psyched to finish Huffy after having given ourselves this formidable challenge of self-producing it and were fairly exultant with the end result. So that euphoria gave us a burst of further enthusiasm that colored the songs we wrote after that." It also didn't hurt that those later songs were written when they both left Manhattan - Murray was living on Miami Beach for a year, "vibing really hard on that tropical scene" and Cain to Utah for a few months. "That change of scenery gave both of us a chance to clear our heads and get a little distance from what we'd been doing," he says. "Our approach to the production on the album got a lot more playful at that point - we would email the sessions back and forth, and the goal mainly became to surprise and delight one another." They ultimately arranged the track listing for "maximum musical flow," but Murray still thinks of the songs on Lobes in chronological order - "more than any other album we've made, the songs soundtrack a linear history, for me."

We Are Scientists Stream 'Contact High' And Announce Album

We Are Scientists Streaming New Song 'Give It Up'

We Are Scientists Music and Merch